The Swing Vote: The Untapped Power of Independents

Increasing numbers of American voters are breaking ranks with the traditional 2-party system and are self identifying as "independents." With Democrats and Republicans roughly evenly split, this "swing" group represents the votes that can provide the margin of victory in any close race. Most experts and observers contend that the candidate that wins the center will be the one to win the White House as well. So who are these so-called "swing voters?" And what are the ideas and issues that will move them into one column or the other?
To answer these questions and more, we spoke with journalist and Wilson Center Senior Scholar Linda Killian. She traveled the country to meet and interview independent voters and wrote about them in her new book, The Swing Vote: The Untapped Power of Independents. Linda Killian is a journalist and author and is also a senior scholar at the Wilson Center. She has been a columnist and writer for The Daily Beast/Newsweek, Politico, US News & World Report, and Politics Daily. She's also written for The Washington Post, The New Republic, and The Weekly Standard. Her previous book was, The Freshmen: What Happened to the Republican Revolution? 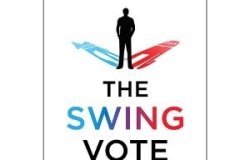 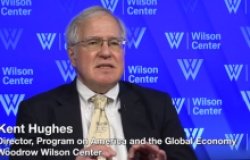 Publication
Trade and Development
LNG: To export or not to export, that is the question
By William Krist 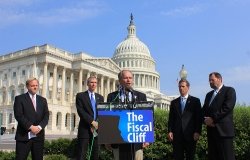 Article
What would happen if we fall off the 'fiscal cliff'?
November 30, 2012