U.S. Foreign Policy and the Future of the Liberal International Order

Is the liberal international order that emerged in the aftermath of WW II officially over in the age of President Trump’s “America First” policies? In this edition of Wilson Center NOW we speak with Wilson Center Global Fellow Bruce Jentleson about strains on that system that existed even before the 2016 election and what an optimal international order for the 21st Century might look like. 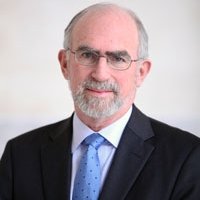