What Happened to the Trade Deal? 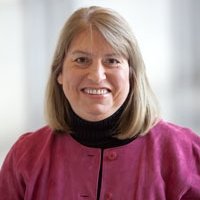 "Niccolo Machiavelli wrote way back when that it is much safer for a leader to be feared than loved if he cannot be both. With the House defeat Friday of the fast-track trade package, largely thanks to Democratic votes, it appears that President Barack Obama may no longer be either with members of his own Party," writes Linda Killian.

Niccolo Machiavelli wrote way back when that it is much safer for a leader to be feared than loved if he cannot be both. With the House defeat Friday of the fast-track trade package, largely thanks to Democratic votes, it appears that President Barack Obama may no longer be either with members of his own Party.

Mr. Obama, no fan of the glad-handing and arm-twisting that are such important parts of legislating, nevertheless pulled out all the stops on this one. Thursday night he made an appearance at the annual congressional baseball game (won by Democrats for the seventh consecutive year) and Friday morning he visited the Capitol to make an eleventh-hour pitch to House Democrats on behalf of the 12-nation Pacific trade pact.

But relations between the White House and congressional Democrats have been fraying for some time, and it appears his efforts were perceived as too little too late.

Worse, the president’s remarks on Capitol Hill, including admonishing Democrats to “play it straight” with their votes, may have actually cost him some votes.

Politico quoted Democrat Peter DeFazio of Oregon saying he felt Mr. Obama “tried to guilt people and impugn their integrity” in that meeting and he was “insulted” by the approach.

The president’s chilly and sometimes dismissive demeanor, which can often come across as arrogance, obviously didn’t serve him well in this instance. Mr. Obama was never the kind of leader that inspired fear in his supporters, but there was a time in his first term when Democrats loved him enough to go to the mat for him and even risk losing their seats over the health-care vote. That’s all gone now.

The health care overhaul was something the liberal wing of the Democratic Party wanted badly, but that same constituency opposes trade deals, which they think have cost U.S. jobs.

Uncertainty over the benefits of free trade and concern about what has happened to U.S. manufacturing in the past two decades is a feeling not only held by the left. It spans party and political ideology as several recent polls have shown. (More on that here and here.)

“My constituents don’t like it,” Rep. Thomas Massie (R., Ky.) said on the floor of the House about the main reason he voted against the trade package.

Combine public doubt about the benefits of trade with a Republican antipathy for Mr. Obama and you have the reasons other Republicans also opposed the deal.

This isn’t over yet. House Speaker John Boehner (R., Ohio) says he will bring the trade package back for a vote next week. But it won’t pass unless Democrats get behind it.

If Mr. Obama wants this deal as badly as he says he does, he’s going to have to spend the weekend reaching out to members of Congress and using the Lyndon Johnson approach. President Johnson, a senator for 12 years and a member of the House for 11 before that, served as Senate majority whip, minority and majority leader and had a deep and abiding knowledge of how to grease the legislative wheels.

Mr. Johnson knew that to get Congress to do anything hard, one has to use both carrots and sticks. We’ll know next week if Mr. Obama has an adequate supply of both at his disposal and whether he is willing to use them.

This article was originally posted in The Wall Street Journal.