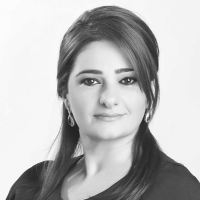 Women in Bahrain enjoy their rights and are privileged to have a government and environment that cultivates their advancement across all disciplines and fields.

Women empowerment and gender balance are not new concepts to the Bahraini society, as women in Bahrain have long enjoyed civil and political rights. For instance, in 1926, two women became the first female teachers not only in Bahrain but also in the Gulf region more broadly, and in 1928 the first public elementary schools were established for girls on the Island. In the 1960s, employed women ventured into the municipality, banking, and medical sectors, and in the 1970s they engaged in the fields of diplomacy, policing, military, and sports.

Advancing women’s rights has become a key pillar of national initiatives in Bahrain. In 2001, King Hamad bin Isa Al Khalifa initiated a reformatory project that cemented human rights and freedoms, equality, and equal opportunities for all citizens without discrimination on basis of sex, religion, origin, or belief system. Additionally, women participated in producing the National Action Charter, a document put forward by the King in 2001 for constitutional rule. They exercised their voting and candidacy rights for the first ever in the parliamentary elections held in 2002.

A notable feature of the King’s reformist project was the establishment of the Supreme Council for Women (SCW), headed by Bahrain’s First Lady Princess Sabeeka bint Ebrahim Al Khalifa. The council, within the framework of its constitutional obligations and national responsibilities, remains committed to supporting all state institutions and entities in implementing the National Plan for the Advancement of Bahraini Women, which is aligned with the Bahrain Economic Vision 2030, and centers on the sustainability of the advancement of Bahraini women.

Women in Bahrain also play a prominent role in the development of the national economy and are an inseparable part of the country’s ambitious Economic Vision 2030. Women comprise a large part of the business community, whether as business owners, investors, or entrepreneurs. In fact, about 43 percent of active Commercial Registrations (CRs) are owned by women, 17 percent of board seats in private companies are held by women and make up 35 percent of the total workforce in the private sector as well as hold 35 percent of managerial positions, according to the SCW.

The Bahrain Chamber is a testimony to the prominent role of women in society: three women, including myself, are on the current board of directors. I am honored to say that I, alongside my fellow board members, play a fundamental role in shaping the strategy of the chamber, and ensuring that it serves the interest of the business community and the national economy at large.

I am also proud of the confidence bestowed upon me by the Chairman and members of the board to head one of the chamber’s most effective tools, its committees. Many resources were put at our disposal to allow us to upgrade the performance of the 10 committees that represent the main sectors of the national economy, and ensure the effectiveness and efficiency of their work, and meet the objectives set for these committees. Women enjoy a strong presence in the committees, which include experts in the field from a spectrum of age groups and company sizes. As Head of the Committees’ Steering Group, one of my priorities is to monitor, guide, and evaluate the performance of the committees, making sure they stay aligned with the comprehensive strategy of the chamber and the Kingdom’s Economic Vision 2030.

In short, I can confidently say that women in Bahrain enjoy their rights and are privileged to have a government and environment that cultivates their advancement across all disciplines and fields with the focus on progression as Bahraini women have always been empowered.