Challenges and Progress for Moroccan Women 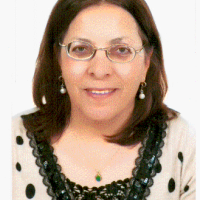 Morocco has witnessed significant social development since it gained independence in the 1960s, exemplified in the education of young girls, which produced a new class of educated women, some of whom continued to teach at the university level, while others contributed to the entry of more Moroccan women in the labor market. In the seventies and eighties, Moroccan women launched into new fields of work including education, health and law. Some worked in the factories and some started to get involved in political, union and social work. They began forming their own associations that pushed for women’s right and contributed to social and economic development. They were the trailblazers and they certainly broke many barriers and proved their potential. However, this social transformation wasn’t accompanied by a shift in mindsets or an intellectual shift based on cultural, legal and legislative binding principles thereby making this development process slow and further complicating the work of these women leaders. Accordingly, the challenges women face in Morocco include the following:


Despite all these challenges, we Moroccan women, continue to lead a social movement to push for more change. Society has now accepted women’s rights to education, work and leadership positions as absolutes. Morocco has also achieved gender equality in a number of domains including the political, economic, social and environmental, as stipulated in Chapter 19 of the Constitution.  As a women's movement, we have also contributed to the democratization of the country by lobbying the government to join the human rights system and to sign a number of international conventions, especially on the rights of the child, women's rights and human rights. The 2011 Constitution affirmed the supremacy of these covenants over national laws. Successive governments have also worked to adapt national laws to these conventions. This led to changes in a number of laws including the Family Code, the Labor Code, the Nationality Law, and the access of women to positions of power.
The gains achieved thus far remain fragile and easily reversed. We still do not see the majority women enjoying these gains.  As long as these rights remain unprotected by the traditional political power structures, we will not see any more progress. Further, the media and the private sector have a role in undermining these rights if they do not adopt this progressive social project.