Da’esh Systematized Perversion and Dared to Call it “Islam” 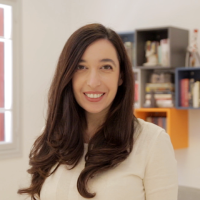 At the launch of the invasion and occupation of Sinjar by Da’esh, beginning August 3, 2014, the militant group had already commenced a heavy, multi-layered global propaganda campaign to display their leadership and credibility. The group began by self-branding as an authoritative leader, carefully choosing labels such as “Islamic caliphate” and the “Islamic State” in Iraq and Syria. War strategies built on crimes of genocide and crimes against humanity were claimed to be designed and informed by religious texts, manipulated to justify the targeting, violation, and destruction of minority groups in Iraq.

The appropriation of political Islamic tenets on caliphate formation, some of which were almost 1,400 years old, built group credibility in front of an unversed global target audience, some of whom were not even Muslim believers prior to recruitment. Da’esh “rule of law” became an online and offline, paper-trailed system of recycled verses and tenets taken out of historical context with no method of theological analysis.

Much of this propaganda engine was in the English language, disseminating misrepresented and fictitious declarations and premises around the world. But it was not just Da’esh target recruits, some of whom did not speak the Arabic language, who believed there was theological backing behind these verses. Targeted communities, like the Yazidis, were made to believe that the Muslim religion is entitled to destroy their existence.

In the face of genocide, the world missed – and is still missing – an important moment of reckoning.

The international diplomatic community also bought into the abusive information system, forcing the Muslim religion on the defensive. In the face of genocide, the world missed – and is still missing – an important moment of reckoning.

The long-term implications of this global dangerous appropriation by Da’esh are still being felt as the Yazidi people enter a new chapter of genocide, one where the world appears to have forgotten that a genocide happened – and is still happening. Minority communities and historic Sinjari residents also continue to be perpetual victims of Da’esh crimes against humanity.

Firstly, the Da’esh ideological propaganda engine remains alive and more present than the world is ready to admit. Under-reported incidents across Iraq are barely making international news, with attacks and violent incidents happening sometimes weekly. Signs of re-militarization and re-organization are keeping Sinjaris on high alert. Some news correspondents in Iraq and Syria have been permitted to enter camps like Al-Hol to interview Da’esh militant wives. Those who have chosen to speak on camera are calling for a return of the caliphate and are professing their unwavering allegiance to the “righteous” ways of Da’esh. Clearly, the Da’esh ideology has not been disbanded. This should not come as a surprise to governments and activists because no systemic efforts have worked to falsify and deinstitutionalize their belief system. Calling a military defeat of Da’esh forfeited the responsibility of the world to stay alert and destroy any capacity for dormancy and re-emergence.

Secondly, the perverted appropriation of Islam by Da’esh has greatly limited the willingness and capacity of Sinjaris to embark in collective reconciliatory efforts. With no regulatory framework action to protect and enable minority communities, Sinjar is becoming a more dangerous environment with growing telling signs of pre-genocidal indicators. The Yazidis, Assyrians, Chaldeans, Syriacs, and others are facing chronic lack of security, systemic community marginalization, and politicized mechanisms prohibiting meaningful inclusion and justice. The international community is leaving little room for a moderate Islam that deeply condemns extremism, violence, and terrorism. With no organized search and rescue operation, re-education camps continue to house Yazidi children born of sexual enslavement or kidnapped from their families, as well as children from Da’esh households. These children will have no safe home in Iraqi and Syrian society without tremendous emotional, cognitive, and behavioral re-development and re-integration, the capacity for which remains unclear. Tremendous fear is also being fed by a collective resurgence of trauma. In this Yazidi eighth annual commemorative period, community Twitter accounts are re-sharing Da’esh propaganda videos of women being raped and subjugated to extreme violence to remind the world what genocide did and still looks like. This is what happens when governments and international agencies fail to ensure effective mental health, peacebuilding, inclusion, and interventions. The lack of Sinjari governance grounded in self-determined reconciliation is also contributing to institutionalizing misinformed notions of Islam and is depriving Sinjaris of a meaningful baseline to safely start over. The Yazidis deserve to understand and trust that true Islam was also victimized and was never the weapon that perpetrated their genocide.

Thirdly, eight years of keeping the Muslim religion on the defensive has strongly dissuaded and isolated Middle Eastern, Arab, and Islamic governments from assuming leadership against this systemic perversion on the global stage. By dehumanizing Islam, Da’esh was able to leverage global fears and a worldwide poor understanding of the peaceful and healthy theological truths of the religion. The rise in Islamophobia and dangerous biases and stereotypical public imagination of what constitutes Islam is irresponsible. When the Muslim world calls out Da’esh atrocities, it is either not heard well enough or treated with suspicion. While this has unfairly crowded out many regional and Islamic law-based states from playing a leadership role against Da’esh, it is very unfortunate that to-date, none of these governments have recognized the Yazidi Genocide. This poor record of public solidarity and advocacy needs to change. The world needs to express humility towards a religion that it is not an expert in, and wholesomely welcome concerned governments to play a part in global diplomacy, peacebuilding, and regional security. The Muslim world has the right to claim ownership of its religion. Some governments, such as the Kingdom of Saudi Arabia and the United Arab Emirates have seen Islamic scholars and clergymen denounce and condemn the non-Islamic methods of Da’esh to violate and exterminate communities in Iraq. There have also been investments in theological re-examination and analysis, but the majority of this research is published in the Arabic language. The world has a responsibility to elevate these voices and give due ownership to regional governments so that they can step up.

What is critical is to put suffering and surviving communities of Da’esh atrocities first. It is for them that the global appropriation and defiling of the Muslim religion needs to be acknowledged and unbundled. Appreciating how harmful Da’esh has been to the Muslim religion and Islamic world can set the stage for the safety, reconciliation, and leadership that the Yazidis and other minority groups need to survive and commit to stay in Sinjar. Only then will this global perverted propaganda system really be defeated.