Explore More
Close
Blog post
Women's Leadership
The Smallest of Silver Linings In Lebanon’s Elections: Women Candidates
By Lynn Mounzer on May 14, 2022
Share on FacebookShare on TwitterShare via Email
SharePrint
Part of the Women, Work, and COVID-19 in MENA
Blog post 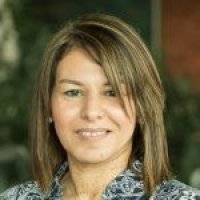 “Inclusiveness” is becoming a widely used concept within different domains. A major barrier to the goal of equitable and sustainable development is rampant unemployment among women and vulnerable groups. The female labor force participation rate in Egypt is a mere 21.3 percent, while women are overrepresented in the informal market, lacking access to social insurance programs and minimum wages. Therefore, Egyptian women represent an unexploited resource that could change the outlook of the Egyptian economy if their potential is realized.

Several factors contribute to this dilemma. Certain social practices prevent Egyptian women from working in sectors such as taxi driving. Further, Egyptian girls, especially in rural areas, are afforded fewer educational opportunities than boys. This contributes to a lower literacy rate amongst Egyptian women, which was 34.5 percent in 2017, compared to 23.5 percent for men. Those figures are even more disproportionate in upper Egypt and rural areas. However, female students perform better than their male counterparts in school, and women’s representation amongst university students is steadily growing.

Digital literacy is also higher among males in urban and rural areas, particularly in older populations. Investment to bridge the digital divide and support women entrepreneurship is promising though. Among employees in the private sector, the percentage of women using computers and the internet is higher than males.

Unfortunately, a significant number of women do not seek jobs in the first place. They are either reluctant to apply for fear of competition, or they believe it’s unlikely to find suitable job conditions.

The World Bank found only 18 percent of the female workforce in Egypt is employed in the private sector and on average women employees are paid 34 percent less per hour than their male counterparts. Unfortunately, a significant number of women do not seek jobs in the first place. They are either reluctant to apply for fear of competition, or they believe it’s unlikely to find suitable job conditions.

COVID Pandemic: A Boon and a Bane

Around the world, the economic, political, and social implications of the COVID-19 pandemic unveiled preexisting inequalities. Gender inequality was severely exacerbated, as most countries failed to adopt gender sensitive policies. Yet, Egypt did.  Gender sensitive policies indicate that the government recognizes men and women are affected by the pandemic and lockdowns differently. According to UN Women, a gender sensitive approach should be designed to address the following three priorities: mitigate the threat of domestic violence, protect women’s employment, and reduce the burden of unpaid care work on women.

As described above, women already faced barriers to formal employment prior to the pandemic. These challenges were augmented with the economic downturn resulting from global shutdowns. Traditionally, women take on the majority of the care work in the home. Prior to the pandemic, the value of Egyptian women’s unpaid work was an estimated 30 percent of the country’s gross domestic product (GDP). Today, women are shouldering an extra load of supporting their children’s home-schooling, caring for the elderly and sick family members, and maintaining the COVID-19 preventative measures within the family. This circumstance has forced many women to resign from their formal jobs to meet the new burden.

Egypt was a driving force behind the UN General Assembly Resolution to strengthen the national and international rapid response to the impact of COVID-19 on women and girls.

Egypt was a driving force behind the UN General Assembly Resolution to strengthen the national and international rapid response to the impact of COVID-19 on women and girls.  The resolution calls on countries worldwide to pivot protection and recovery efforts to the advancement of gender equality and the empowerment of women. When the pandemic first hit the country, the National Council for Women (NCW) issued Egypt’s Rapid Response to Women’s Situation during the COVID-19 Outbreak, providing a national roadmap on a gender-sensitive approach to the pandemic.

Women-focused economic policies are critical for Egypt. Women make up 73.1 percent of nursing staff in the private sector and 91.1 percent of nursing staff for the Ministry of Health, 42.4 percent of doctors, and 56.8 percent of employment in service sector. In addition, 18.1 percent of Egyptian women are heads of households. Several of the measures Egypt implemented to support women include exceptional leave for mothers, an expansion in conditional cash transfers, increased monthly income for rural women, allowances for medical staff and 500 cash allowances for irregular workers, 40 percent of whom are women, and special programs for women with disabilities.

In general, despite the challenges Egypt faces in achieving equal employment, there is hope. Not just on paper, but real action on the ground. Egypt is making progress to implement the 2030 Sustainable Development Strategy, with women as an integral part of the reform plan. Further, for the first time, the NCW issued the first National Strategy for Women’s Empowerment, which aligns with the UN Sustainable Development Goals (SDGs), and reflects the country’s goals for 2030. If these plans are implemented faithfully, equity for women and girls in Egypt my come sooner than expected.