Games Round Up: Black History

“To know how much there is to know, is the beginning to learning to live.” -- Dorothy West, 1995 The Richer, The Poorer

While Black History Month is coming to a close, we wanted to brainstorm ways to keep the conversation going. To that end, we at the Serious Games Initiative at the Wilson Center have compiled a list of games that explore black history, culture and perspectives. While US schools often teach students about influential figures in black history, game developers use the medium as a chance to delve deeper into the stories of black people throughout time.

Here are some examples of games that explore these themes:

Flight to Freedom (photo above), developed by WNET Thirteen in New York, follows an escaped slave in the 1840s. The game uses a combination of time management, episodic narrative, and vocabulary to guide the educational experience. Players learn about the types of people assisting or hindering escaped slaves and the culture of America in that era, as well as key historical events. (Grades 6-12, Free, Web)

Freedom: The Underground Railroad is a board game also set during the 1840s that tasks players with guiding slaves through the Underground Railroad. With an accompanying lesson plan for in-class use, Freedom puts players in the role of famous abolitionist figures while using actual events and laws to help or hinder their play. (Grades 7-12, $75, Board Game)

My First Matching Game, another board game, is designed to educate young children. A straight forward game, players are charged with matching historical figures to their key events. (Grades Pre-K-5, $50, Board Game)

In Tracking Ida, players become investigative journalists and uncover the history and legend of Ida B. Wells through puzzles and research. An alternative reality game made last year by former University of Southern California students, is an alternative reality game. There is currently no way to play Tracking Ida outside of game festivals, but you can view some footage of the game on Vimeo. (Grades 9+, Free, Installation)

In We Are Chicago, players learn about growing up as a young black man in Chicago. The story follows a character as he handles gang problems and protecting his family and friends. The game features audio interviews from native Chicagoans, and part of the proceeds from the game purchase go to two charities looking to stop violence to inner-city youth. In their press kit, developer Culture Shock Games writes that they hope the game will “create a deeper understanding, motivate and inspire change, and cultivate a larger conversation surrounding the issues of violence and income disparity.”  (Grades 9+, $15, Steam/PC/Mac)

Black history is also being highlighted in more commercial titles. Assassin’s Creed: Origins, the latest installment in the popular entertainment series, recently added Discovery Tour. This add-on can be an educational tool for mature audiences. Ubisoft takes their research on ancient Egypt and allows players to explore and learn about the life and ceremonies of its people. If you already own a copy of Origins the add-on is free, but you can buy Discovery Tour as its own product. (Grades 9+ for Discovery Tour, ages 18+ for main game, $20, Steam/Xbox/PS4)

And that’s our roundup! What other games promote Black history and culture? Are there any Black game developers you’d like to highlight? Let us know @WilsonSTIP on Twitter!

We have not vetted all of these games, but have in some cases relied on reviews and publications surrounding the games. Being included on this list is not an act of endorsement by the Wilson Center, Science and Technology Innovation Program, or Serious Games Initiative. This post is intended for educational purposes only. 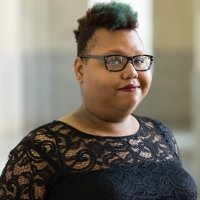 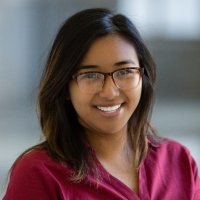