Heroic Entrepreneurship and the Pathology of Privilege 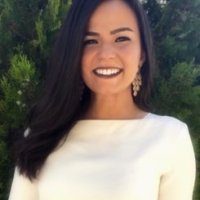 We must create a collaborative space where change agents from different sectors can come together and join forces to address current challenges.

On March 14, Prime Minister of Jordan, Dr. Omar al-Razzaz declared a state of emergency, as part of a series of preventive measures to limit the spread of the novel coronavirus. A few days later, a royal decree approving the cabinet’s decision to pass a national defense law was announced, halting all educational institutions for an initial period of two weeks, enforcing a round-the-clock lockdown, closing all shops, restaurants, banks, and cancelling all public events, including religious ones.

Unsurprisingly, concerns surrounding people’s ability to maintain life as usual, including access to education, maintaining jobs, and securing basic household needs quickly surfaced. News spread about how different companies, entrepreneurs, and sectors came together to play a huge role helping to keep the government afloat.  However, while this created many champions, the unacknowledged heroism prompted me to dive beneath the surface of the national rhetoric, and understand the pattern of “Heroic Entrepreneurship.”

Aside from basic commodities and employment, one of the issues that did indeed demand immediate attention was “access to education”. After realizing that halting operations of all educational institutions and facilities was going to extend beyond the initial two-week period, the need to provide an alternative was imperative, especially for households with students currently in their final year of schooling; known as Tawjihi. In an attempt to mitigate the issue, on March 22, 2020, Minister of Education, Dr. Nuaimi announced the launch of Darsak, a free platform that would provide educational content for students from grade 1 through 12 from 7am-4pm both on TV and virtually via the internet, launched by two local startups, one of which is an EdTech startup that emerged a few months before the crisis.

Resorting to locally sourced solutions to help governments navigate the chaos has been beneficial to local companies in Jordan. However, when it comes to the local startup ecosystem, both agency and context matter. In the case of Jordan, where individuals often carry more political weight than the institutions they represent, this also meant the rise of favor-based business opportunities creating an ecosystem of heroic entrepreneurship. Heroic entrepreneurship has created a new reality for entrepreneurs in the Jordanian startup ecosystem where the privilege of access is bestowed upon a select few.

The politics of favoritism have given leverage to entrepreneurs who belong to the circle of power. However, while we can’t expect the current government to reverse decades of poor economic management during the pandemic, Jordan now has an unprecedented opportunity to change the pathology of privilege that has consumed the country since its founding and contributed to its current brain-drain. We must create a collaborative space where change agents from different sectors can come together and join forces to address current challenges.

The road ahead will demand sustained and strategic cooperation between the private and public sectors, and the nation. As a young participant in the entrepreneurship ecosystem for over a decade, I believe the question now becomes: what will the path forward look like for Jordanian entrepreneurs whose efforts continue to go unnoticed, and what can be done to ensure that current solutions are mobilized using clear policies, guidelines, and procedures, and not sustained by the weight imposed by the political figures behind them, whether these individuals are actually in power, or are choreographing policies that serve their personal interests from behind the scenes?