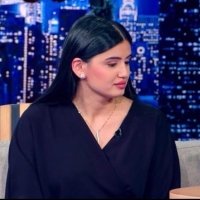 Older people attending the protests always spoke highly of the role played by the youth and stated many times how outspoken, brave and fearless they were, which in turn gave them hope.

I remember in 2016, I had co-founded a student movement at the Lebanese American University named ‘Ghayir’. Ghayir dealt with youth empowerment and lobbied for candidates that ran for the student council election. At the time, student council elections in Lebanese universities were a microcosm of the sectarian struggle between political parties in Lebanon. Students were not elected based on merit, but as part of a power struggle. Student elections portrayed the sad reality of Lebanese politics; it never was about ideologies, or political programmes, but rather about each sect’s mobilization powers using sectarian rhetoric and fearmongering.

In turn, Ghayir aimed to change this rhetoric and fight for merit-based student candidates with holistic programmes that aim to serve all students regardless of sectarian or political affiliation. At the time of its foundation, many ridiculed the movement saying it would be unable to break a 30-year-old sectarian system.  Yet a few months down the road, the movement won a seat in the student council. The politically affiliated groups on campus were not anticipating a breakthrough for independent candidates. Year after year the movement mobilized more students in hopes of increasing political empowerment of youth and gathering more votes. This was significant in transforming ideas on governance and power on campuses.

This point was later proven during the revolution of October 17, 2019, where students played a major role. Protests erupted as a result of 30 years of corruption, clientelism, and corporatism. The Lebanese people were fighting for their basic rights and to end corruption. Ghayir’s ideas were now visible on a national scale and students were the loudest in calling to dismantle the current system.

These students raised awareness about the deteriorating situation using grassroots activism, discussion panels, and social media. In addition, a group of students from various universities formed a shadow student union to cooperate on a national scale. Students were brave enough to break taboos through their messages, by addressing various topics such as LGBTQ+ rights, women’s empowerment, and sexual health. Most importantly, they broke barrier of fear. Our parents frowned upon discussing politics and considered it dangerous, yet the students were vocal about their demands and whom they deemed accountable. The older generation was paralyzed by the idea of another civil war, but the youth were confident that a civil war was doubtful due to the power of new ideas.

The youth held protests in front of various universities, where at times they were met with opposition from politically affiliated students. Older people attending the protests always spoke highly of the role played by the youth and stated many times how outspoken, brave and fearless they were, which in turn gave them hope.

One could say this fearlessness among youth in Lebanon is due to the fact that they see themselves as collateral damage of the 30-year sectarian system, and that they had no say in the current political structure they inherited. They are not only fighting the system; they are fighting its offshoots and consequences. They are resilient now more than ever and have given hope to the entire population. Even if there are no short-term solutions, the awareness and critical thinking of the youth promise a better future for Lebanon.