Russia Isolated in Its Postimperial Phantasm 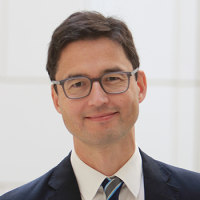 Vladimir Putin’s blitzkrieg in Ukraine was supposed to be a stroke of strategic genius: in one fell swoop, a resurgent Russia would redraw the map of Europe, reducing Ukraine to a demilitarized zone in the Kremlin’s cordon sanitaire against the West. NATO, at long last, would be stopped in its tracks and put in its place.

Not without reason is Putin often called a master tactician but poor strategist. Only now he is searching for something he can sell as a tactical victory.

In more than two months of fierce fighting, Russia has failed to take Ukraine’s capital, Kyiv, or its second city, Kharkiv. Seizing the port of Mariupol has come at the cost of leveling the city. Evidence of atrocities committed by Russian soldiers against Ukrainian civilians is mounting by the day. The toll in human lives already runs into the tens of thousands, with countless more damaged irreparably.

A Weakened Russia
From a strategic point of view, Putin’s attack on Ukraine has thrown back Russia to its weakest position since World War II.

Ukrainians have shown they are ready to fight and die, and that they will never accept a Russian puppet regime. In a best-case scenario for the Kremlin, Russia ends up controlling swaths of eastern Ukraine, including a land corridor from Russia to Crimea, allowing Russian forces to continue threatening Ukraine’s Black Sea coastline and the country’s center.

Yet even this state of play would hardly improve the Kremlin’s hand compared to what it was before the February invasion, when Russia already occupied Crimea and had the Ukrainians tied down in a low-level war in the eastern part of the country. Strategically speaking, the status quo ante was favorable to Russia, since the simmering conflict was draining Ukraine’s scarce resources and hobbling its aspirations to join the EU and NATO. Germany and France, signatories to the stalled Minsk peace process, were uninterested in inflaming tensions with Russia over Ukraine—as was the United States. After taking office, President Biden tried to patch up relations with Moscow so that he could focus on his main foreign policy priority, China. Biden held a summit with Putin, refused to give Ukraine any clearer guidance on NATO membership, and ignored calls to sanction Russia’s Nord Stream 2 pipeline.

In the leadup to the attack, Putin, the eternal tactician, may have been under the impression that he was on a roll in Russia’s “near abroad.” In 2020, when mass protests broke out in Belarus, wedged between Poland, the Baltic region, and Russia, Putin offered dictator Alexander Lukashenko financial support and riot police. After a flare-up in a bitter territorial conflict between Armenia and Azerbaijan that same year, the Kremlin inserted itself into the fight by dispatching Russian peacekeepers to the disputed Nagorno-Karabakh region. In January the Kremlin briefly deployed a Russian rapid-reaction force to Kazakhstan to help a friendly regime shore up its authority amid antigovernment demonstrations and violence.

Though all are dependent on Russia, none of the beneficiaries of recent Kremlin support has returned the favor by actively backing the war against Ukraine.

Russia’s Isolation
To varying degrees, Putin’s attack on Ukraine sent shocks through every former Soviet republic as Russia showed itself to be an unpredictable, revanchist power. Russia’s isolation in its own neighborhood has nothing to do with NATO; its lack of true allies is a strategic disaster entirely of Putin’s own making.

In light of their history as Soviet vassals, the desire of former Warsaw Pact countries to join NATO was understandable and, in view of what’s happening in Ukraine, completely sensible. On emerging from behind the Iron Curtain three decades ago, these countries didn’t have the luxury to wait and see whether their former overlord would first develop into a peace-loving, democratic neighbor.

That the Russian establishment even before Putin was opposed to NATO expansion is also understandable, given Russia’s past domination over Central and Eastern Europe. The irony is that NATO membership for the region’s small, insecure nations made Russia’s western border the most stable it has ever been. Although Putin fulminated about U.S. missile defense installations in Romania and Poland, it was unclear how they were supposed to neutralize Russia’s vast nuclear arsenal, the largest in the world. In fact, before Russia launched its first invasion of Ukraine in 2014, the United States was drawing down its military presence in Europe and attempting to pivot to Asia.

The case of Ukraine is the most egregious example of how Russia’s postimperial phantom pains have clouded the Kremlin’s strategic thinking. Ukraine, with its close cultural, linguistic, economic, and religious ties to Russia, should have been a natural ally. While most Ukrainians were proud of their distinct identity, they were generally well-disposed toward Russia and deeply ambivalent about NATO before 2014. The Alliance itself was divided over Ukraine’s membership precisely because of the country’s deep connections to Russia.

Even as Putin’s attack on Ukraine eight years ago spurred the United States, Britain, Canada, and Germany to send troops to NATO allies in Eastern Europe, it did not solidify support for Ukrainian membership within the Alliance. When Putin ordered a full-scale invasion in February, Ukraine was not significantly closer to joining NATO than it had been in 2008, when the issue was hotly debated, together with Putin, at the annual NATO summit.

What has changed since 2014 is that a majority of Ukrainians support NATO membership and have no doubts that Russia has become their mortal enemy. As for NATO, member states such as the United States and Britain began arming and training the Ukrainian military. Putin’s fears of an increased U.S. presence in Ukraine—and Eastern Europe more broadly—became a self-fulfilling prophesy.

The reputational damage to Russia that Putin’s belligerence has caused is staggering. Finland and Sweden are considering NATO membership, and even Switzerland has ended its traditional neutrality and adopted EU sanctions against Russia. Germany, once Russia’s most faithful partner in Western Europe, is determined to stop relying on Siberian natural gas, ending an energy relationship that began during the Cold War. Trust and economic synergies that took decades to build have been sacrificed for Putin’s delusional war.

The Kremlin may retort that it has friends in other parts of the world. But even in the United Nations, Russia has been ostracized, with a large majority of countries calling on Moscow to end its offensive in Ukraine. Putin received explicit support only from Belarus, Syria, Eritrea, and North Korea, with China and India abstaining.

The isolation of Putin’s Russia is linked to the country’s inability to articulate an attractive message about what it stands for beyond being the self-proclaimed antipode to the United States. At least during the Cold War, the Soviet Union was the bearer of a powerful ideology that found adherents around the world.

During his two decades in power, Putin has squandered the possibilities of Russian soft power. With a tiny fraction of Russia’s oil windfall, he could have established a global network of institutes, like Germany’s Goethe-Institut or Spain’s Instituto Cervantes, to tap into widespread interest in Russian culture. Instead he focused on Russian hard power, turning the Soviet Union’s victory in World War II into the regime’s ideological foundation.

The untold human sacrifice in World War II was the source of the Soviet Union’s legitimacy as a UN Security Council member and worthy rival to the United States. With his unprovoked war against Ukraine, Putin has surrendered the last piece of moral high ground Russia, as the successor state of the Soviet Union, held as a leading member of the coalition that defeated Hitler. Putin’s savage attack on Ukraine will taint and overshadow the memory of Russian heroism in World War II for generations to come.

In May 2005, leaders from more than fifty countries, including the United States and Ukraine, attended the Victory Day celebrations marking the sixtieth anniversary of Nazi Germany’s defeat. The number of foreign guests has since decreased inversely to Putin’s mounting aggression. Last year, only the leader of Tajikistan paid Putin the honor of attending his parade. This May 9, in a striking symbol of Russia’s isolation, no foreign guests came at all.

Even if Putin’s generals produce some battlefield successes in Ukraine, they will be unable to reverse Russia’s strategic weakness. It will be up to a new generation of Russians to make amends for the war against Ukraine, rebuild trust among neighbors, and rehabilitate Russia’s standing in the world.