Supporting Youth Activists in the MENA Region: A Challenging Reality and Opportunities for a Brighter Future 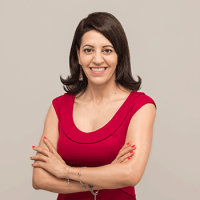 When I sat with Fahad Albutairi for an interview in Dubai back in October 2016, he was already a social media superstar and a household name among Saudi Arabia’s youth, which represent over two thirds of the Kingdom’s population. Albutairi had created YouTube channels that infused comedy with social and cultural critique and attracted a cult-like following. Before his disappearance in 2018, they would garner almost a billion views.

Growing up, Albutairi enjoyed American stand-up comedies and sitcoms like Friends and Seinfeld. When he came to the United States in 2002 to study geophysics at the University of Texas at Austin, his life was transformed. He experienced an immersion in what he described as “a realm where you have complete intellectual freedom. You can think whatever you want. Say whatever you want. Decide your own life. Make your own opinions.” He remembered how scary this felt at first – that he wasn’t initially sure if this freedom was positive or negative. He ultimately decided it was a good thing.

One way he exercised that freedom was in the choice of elective courses that were on offer. He picked subjects that were never available to him before, such as theater and dance and the civilizations of ancient Greece and Rome. He also started socializing with different strata of American society. These experiences shaped whom he would become.

He noted that there are no public spaces in Saudi Arabia where young people can mingle and exchange ideas. This is true in most of the Arab world.

Upon returning to his country, Albutairi kept engaged with his hobby, performing stand-up comedy mainly with expatriate communities in the Gulf states. Soon though, he took his stand-up to YouTube, starting the channel La Yekthar. Hoping initially to attract a hundred thousand views, Albutairi attracted millions within the first few shows. Through jokes, he tackled issues such as conspiracy theories, the religious police and ineffective bodies such as the anti-corruption committee. La Yekthar, and later Telfaz11, would mushroom into a whole variety of viral YouTube channels with the same style, inspiring many other young people to tap into their intellectual creativity and sense of humor. Albutairi attributes the success of his YouTube channels to the fact that he was meeting the needs of millions of young people to discuss their daily challenges and to think of creative solutions for themselves. He noted that there are no public spaces in Saudi Arabia where young people can mingle and exchange ideas. This is true in most of the Arab world. Social media filled that gap.

Albutairi was kidnapped in 2018 by his own government while visiting Jordan and disappeared from public view until he reappeared a few months ago. He is keeping a low profile. His fans and followers have no idea what happened to him. The Washington Post published an article sounding the alarm about his disappearance in 2019. His ex-wife, Loujain Alhathloul, herself an activist for women’s rights, was also kidnapped and thrown into jail with what appear to be made-up charges. However, her imprisonment got more attention because international human rights organizations reported about her torture and sexual assaults at the hands of the Saudi authorities. The couple who had a publicly celebrated love story is reported to have been forced to divorce by the Saudi authorities. Before her arrest, Alhathloul had lamented to The Economist, “we are jailed for saying very normal and rational opinions.” Perhaps due to international pressure, Alhathloul was released a few months ago and she too has been keeping a low profile.

Their creative expressions are about issues most people in liberal democracies take for granted, such as voicing grievances or simply wanting to drive a car, in the case of Saudi women.

This tragic fate can also befall many more brilliant young people from the MENA region, who engage in creative, non-violent, and entertaining ways to address their peers on the issues that impact their daily lives. What these new global citizens are seeking doesn’t come anywhere near toppling regimes. Rather, they dream of incredibly modest reforms. Their creative expressions are about issues most people in liberal democracies take for granted, such as voicing grievances or simply wanting to drive a car, in the case of Saudi women. But, as Albutairi diagnosed, young people are denied their individuality and voice. “You are seen as a threat if you are not an identical copy, a Xerox,” he told me during our interview in 2016. Only a citizen who slavishly follows the stagnant dictates of society and the regime is an acceptable one.

Authoritarian regimes in the region have been tightening restrictions in an already limited public sphere by going after influencers like Albutairi and his wife who inspired millions of their peers to take responsibility for the challenges their countries face and to remedy them in new expressive ways.

Western democracies have few options to deal with the authoritarian regimes of MENA, a region whose instability is felt far beyond its borders. Led by short-term interests, Western governments keep supporting the same regimes that, year after year, further erode any possibility for change. They leave violence or exodus as the only options then complain of refugees and terrorists. In reality, creative influencers like Albutairi and his wife, who inspire young people to lead, represent the greatest source of hope. They offer organic, compelling, and often ingenious ways to confront and engage with challenges faced by millions of their peers, presenting real counter-narratives to the absurd ideologies of ISIS and Al Qaeda. No government can compete with their appeal nor replicate their narratives through propaganda. These young minds of MENA must be protected and supported, and the price of violating their rights made too high to pay. Only then can we hope for a safer and more secure MENA for everyone, including its citizens.