Tunisia: The Expanding Role of Women and Progress in the Art of Living Together, Following the “Arab Spring” 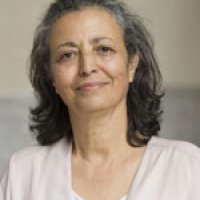 The economic situation for youth in Tunisia has not changed much over the past decade, and they continue to suffer from unemployment, particularly those who live in the country’s interior, where the demonstrations that started in December 2010 – January 2011 led to the fall of the Ben Ali regime.

Since the beginning of the 2000s, more than 60% of university graduates are women and women continue to be the main victims of unemployment.  In 2013, the rate of unemployed women with university degrees was 41.9%, twice that of similarly educated men.[1]  Half of women degree-holders spend more than one year finding a first job, compared to 32% for men,[2] and recent statistics show that 40% of women university graduates were unemployed in 2017.[3] And the situation is even worse for women graduates living in the interior and rural areas of the country.

In this context, the socio-economic and political models that have dominated in the recent past have lost their power.  The Tunisian middle class, usually seen as fundamental to the society’s structure and whose role has been central since political changes introduced in 1969 followed the failure of programs to collectivize agricultural land, continues to shrink.  It has been affected by de-industrialization, climate change, the negative effects of terrorism on the tourist industry, the devaluation of the Tunisian dinar and a sharp rise in the cost of living, among other developments, and families are increasingly insecure regarding their future.  For many younger men and women from poorer families, as well as from the middle class, emigration becomes a favored option.

Fortunately, not all youth hope to emigrate and many initiatives led by youth and, in particular, by young women, have appeared throughout the country, showing that some of the hopes of the “Arab Spring” are still blooming and that the season has not turned into the autumn or winter that much of the regional and global oligarchy wished for.  The peasant resistance in Jemna (in southern Tunisia) and its successes have become a positive symbol for social action.[4]

Many individuals and groups are active in civil society.  Some of the new associations now forming part of the cultural landscape include an association of women mathematicians, founded by Saïma Khenissy and another of women engineers, founded by Nadia Souissi. Both groups support young students and colleagues, helping them to construct networks and discuss their interests and activities, in professional contexts, which continue to be dominated by men of strong patriarchal orientation.

Women have directed documentary films and fiction films based on real events such as Ni Allah ni Maître, which was retitled after protests and became Laïcité, Inch'Allah ! (Nadia ElFani, 2011); les Apatrides (Arbia Abbassi and Marwen Trabelsi, 2014); and Kaouther Ben Hania’s Le Challat de Tunis (2014) and La Belle et la Meute(2017), among others.  Among other artistic works by women is Aicha Filali’s La Marionnette (consisting of a wooden marionette wearing a burqa, which, when a string is pulled, shows a revealing form of dress under the burqa). Another is the sharp satirical drawings of the cartoonist Nadia Dhab, writing under the pseudonym La Bulle de Dlog. These are just a few of the artistic productions that testify to the diversity of struggles women are engaged in, express in a critical manner the situation of youth and provide support to the demands of youth expressed following January 2011.

Since 2011, Tunisia’s lifting of its reservations regarding the Convention on the Elimination of all forms of Discrimination Against Women (CEDAW) and the promulgation of laws like those relating to gender parity are contributing today to improving women’s rights, to broadening people’s consciousness, and to challenging the dominant patriarchal culture. Some of these laws are related to gender equality in political elections, violence against women, countering racism. Other laws still under discussion relate to leave from work for mothers and fathers of new-born babies, and equal inheritance for brothers and sisters while still allowing the father the choice to follow Islamic law, which in turn, gives a daughter half the share of a son.

Finally, the naming of a government minister from a religious minority (a first in Tunisia and, in this case, a Jew), and the election of a woman as mayor of Tunis (a first for Tunisia’s capital city), suggest the possibility of new forms of economic and political structures in the country.  All of these developments, taken together, where women are playing a stronger and more exemplary role in society and culture, underlie the hope for further advances in the art of living together. 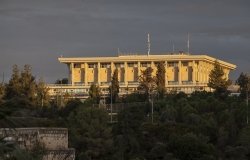 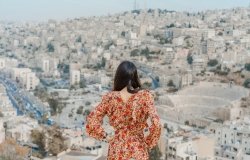