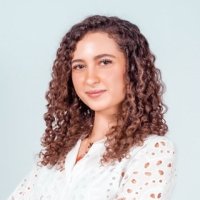 It is imperative for regional and international actors to preserve existing humanitarian assistance for the emergency response network in the Middle East.

Displacement, persecution, and suffering have plagued the global system with the unrelenting proliferation of international crises. This year’s World Refugee Day comes at a time when approximately 100 million people around the world have been forced to flee their homes and seek asylum within foreign borders, according to the latest United Nations (UN) figures. Russia’s ongoing invasion of Ukraine exacerbates an already dire refugee crisis by injecting more than 5.5 million Ukrainians into the world’s stressed humanitarian system. This immense number of refugees is growing at an alarming rate and places disastrous consequences on the entire international community.

The war in Ukraine has commanded global media, humanitarian, and policymaking attention, while attention to the Middle East falters. The increased strain on funding pushes the region’s refugees down the priority list of international support and diplomatic efforts, despite the global urgency of their conditions. For example, host nations like Hungary have already expelled “tens of thousands of refugees from Syria and other Middle Eastern countries but have taken in more than 600,000 Ukrainians this year.” This shift of priorities in aid distribution and protection warns of deeper suffering for Middle Eastern refugees.

The region’s refugees are made even more vulnerable by Russia’s invasion of Ukraine due to the global energy, food, and economic crises. The invasion has forced countries to search for alternative sources of energy and food, hiking up global prices. This affects refugees in various ways. To begin with, inflation in bordering Lebanon and Turkey greatly reduces the spending power of Syrian refugees, whose sources of income are already restricted. Additionally, the provision of aid becomes more expensive for governments and donor organizations, and, at the moment, when they need to be more comprehensive, there is a concern that efforts will be forced to contract to mitigate the effects of the global economic crisis in donor countries.

It is imperative for regional and international actors to preserve existing humanitarian assistance for the emergency response network in the Middle East. This must also include cash-based assistance, which boosts local economies and preserves the dignity of refugees by providing them with the ability to prioritize their spending needs. Furthermore, donor governments, particularly in the Gulf, should increase their funding assistance to restore critical public services and to initiate early recoveries in countries like Syria, specifically by propping up the water, health, agriculture, and education sectors.

Moreover, the Ukraine crisis raises important concerns about refugees’ dependency on aid. It is crucial to invest in aid programs that go beyond merely distributing food. Working along the humanitarian-development-peace nexus can build long-term resilience in the aid system. For example, by integrating the private sector into humanitarian aid models, we can empower refugees to take care of themselves during times of crisis. Private companies have the unique position to provide access to work, transportation, mobility, and skills training that can translate to sustainable aid mechanisms.

Ultimately, the international community cannot cater to one affected community at the expense of the Middle East and other parts of the world struggling to cope with the crisis.