What does Asma Khader Mean to Me? 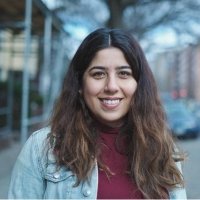 We continue to lack representation in many international avenues and having had Asma early on as an example broke down stereotypes of what we can achieve.

I often think of those who came before us and walked excruciatingly difficult paths, paved with discrimination and obstacles, and those who fought for rights that we take for granted now. The feminist movement in the Arab World, and Jordan specifically, has certainly had its battles. Asma Khader fought her fights, broke down walls in her career and showed us by example how to make space for yourself at the decisionmakers’ table. I still remember when Asma Khader was appointed Government Spokesperson in Jordan. I was around 13 years old, still trying to understand my purpose in the world, and I told my family, “I want to be a government spokesperson too!” At a time, when female ministers were numbered, Asma was a trailblazer and became the face and voice of the Jordanian government. That was no small feat; definitely not in the eyes of this 13 years old.

I researched Asma’s background and realized she studied law, which I did as well. I have long moved on from my childhood dream of becoming a government spokesperson and found passion in my life as an attorney, where Asma continued to be my inspiration. Asma was a pioneer who used her legal training to support human rights, including women causes everywhere. She co-founded Mizan Law Group, an organization specialized in raising awareness for human rights, and providing legal protections for victims of various types of abuse. As a law student interested in human rights, I would often turn to Mizan for material and trainings as a trusted source at a time when material in Arabic were scarce on the internet, especially for human rights issues.

Asma’s support for human rights pushed Jordan’s borders. In the international arena, Asma was a prominent representative for Arab women and lawyers. She served on the International Commission of Inquiry, which was appointed to investigate human rights violations in Libya and the Advisory Committee of the Women’s Division of Human Rights Watch. We continue to lack representation in many international avenues and having had Asma early on as an example broke down stereotypes of what we can achieve.

As a lawyer and activist, Asma established many initiatives and organizations defending victims of all forms of discrimination. Her work and legacy continue to support the vulnerable, including women and children. She was a visionary, and her vision inspired many and helped many others. It is indeed true that we drink from wells we did not dig, and Asma Khader was certainly a foremost example for Arab women and human rights activists trying to make the world a better place, for all of us.