Women MPs in the Iraqi Parliament 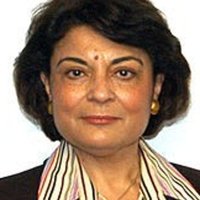 The Iraqi parliament offers a case study in the opportunities, successes, and failures of women in public life. The Iraqi constitution establishes a 25% quota for women in parliament. While less than women activists had campaigned for, it nevertheless marks a pioneering and important step in the participation of women in public life. Currently, 84 women serve in the 329-member parliament.  Efforts to apply the quota to other branches of government have failed, and in fact Iraq has seen a progressive retreat since 2004 in the participation of women as cabinet ministers and in senior government posts.

But serving in parliament does not necessarily translate into wielding political influence, and only a small number of women MPs command a presence within the legislature, in their parties, and with the electorate. Their influence is constrained by an entrenched culture of male dominance in politics and in society more broadly, the lack of early nurturing for leadership, and the absence of structures that support and enhance women’s leadership.

From childhood, Iraqi women are made to understand that they are inferior to men. This indoctrination persists even among educated professionals. If they choose to enter the public sphere, they must first overcome internal mental and psychological barriers to self-assertion and independent resolve, and social barriers to public acceptability.  Most women MPs gain their seats not by virtue of the number of votes they personally receive but by benefiting from the total votes received by their political party. They are therefore beholden to party leaderships, which are invariably male and invariably discount the voices of women. Women MPs repeatedly complain about lack of power within their own parties and their exclusion from senior party positions, policy discussions and decision-making. Women cannot shape policy within their own parties, let alone policies favorable to women. This disempowerment is repeated in parliament, where women MPs are rarely allowed to chair committees, and are often excluded entirely. For example, the parliamentary Committee on Security and Defense, with 21 members, has rejected the membership of women entirely, whereas the Committee on Women cannot entice sufficient members of either sex to meet the required minimum. Inter-party negotiations and deal-making hardly ever include women, and if they do, it is a token presence to help with “optics”.

Amid such gender discrimination, there are no formal or informal structures that can support women’s leadership and assert women’s power. Attempts to form women caucuses in parliament have so far been unsuccessful because of political and ideological divisions. The Ministry of State for Women, a useful tool though not always effective, was abolished in 2014. The number of women ministers has shrunk in each successive cabinet. The media pays lip service to women, but serious debates in the media overwhelmingly feature men.

There are some bright spots. In the elections of 2014 and again 2018, a few women candidates received sufficient votes to qualify for a seat in parliament independently of their parties. A few seasoned women MPs who have served multiple terms have acquired expertise in complex issues, such as the national budget, and have gained sufficient confidence to assert themselves in legislative debates.  A few have led the way in oversight functions, becoming adept at investigative work.  But these are small successes compared to the large changes that need to occur before women gain a secure presence and an effective voice in public life.