Women’s Struggle in Turkey and a New Transnational Declaration 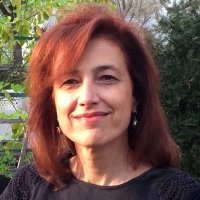 No struggle for equality, justice, and human rights has been easy or complete. Women’s centuries-old struggle for gender equality experienced both progress and significant backlash. In Turkey, women’s hard-won rights became a target of conservative religious groups and governments during the last few years. That is why over 300 women’s and LGBT rights organizations announced the establishment of the Women’s Platform for Equality, known by its Turkish acronym EŞİK (Eşitlik İçin Kadın Platformu). Seeing the same right-wing populist attacks playing out globally, EŞİK has partnered with organizations in other countries and issued a transnational declaration demanding commitment to gender equality. The struggle for women’s rights in Turkey illustrates this zig zag pattern, also witnessed in other parts of the world, which stresses the need for transnational solidarity.

Thanks to the women’s movement that emerged at the turn of the 20th century, both the Ottoman Empire and the Republic of Turkey carried out various reforms. Although limited in scope, these reforms – including educational opportunities, banning polygamy, equal inheritance rights, political rights and more – made Turkey a progressive beacon in the region in the 1930s.

Equipped with a stronger feminist consciousness and identity and employing a deliberate effort to maintain their autonomy, women activists and groups leading the second wave sought more substantive and transformative changes.

These reforms, however, were not fully implemented, and gender equality was subordinated to other causes until the 1980s, when a new wave of the women’s movement emerged. Equipped with a stronger feminist consciousness and identity and employing a deliberate effort to maintain their autonomy, women activists and groups leading the second wave sought more substantive and transformative changes. Corresponding to a period of political liberalization and Turkey’s application for European Union membership, the women’s movement pursued a broad agenda and achieved major legal reforms, including the recognition of violence against women as a criminal offence committed against women as individuals, and the creation of a cabinet post and new state agencies to improve women’s status and rights. Turkey’s ratification of several human rights treaties issued by the UN and the Council of Europe facilitated women’s activism and put Turkey on a progressive path once again.

However, the reform period came to a halt when the governing Justice and Development Party (AKP), which came to power by running on a human rights platform in 2002, gained more confidence. No longer feeling the need to court and comfort secularist liberals, the party and its leader, Recep Tayyip Erdogan turned increasingly authoritarian and started to implement the party’s conservative Islamist agenda.

Upholding motherhood has been always a prominent aspect of the AKP’s gender ideology, but pro-natalist discourse and policies became increasingly overt after 2007. Erdogan started to urge women to have three or more children, refer to men and women as explicitly “not equals,” disparage career-oriented women for being “unnatural” and unable to appreciate the importance of motherhood in Islam, object to birth control, family planning and baby formula for being un-Islamic, and call abortion “murder.” While certain parliamentary draft bills that attempted to ban abortion or restrict caesarean births were shelved after massive protests by women’s groups, the anti-abortion rhetoric has already led to self-regulations by some health providers, leaving abortion legal but not necessarily accessible.

The last pro-women and pro-human rights step taken by an AKP government was in 2012; hosting the Council of Europe meeting, inaugurating its convention on preventing and combating violence against women and domestic violence – now widely known as the “Istanbul Convention.” Turkey also became the first country to ratify it, and Feride Acar, a feminist scholar from Turkey became the first chair of the GREVIO, the independent expert committee responsible for monitoring the implementation of the Convention.

So, women’s groups and organizations decided to prevent these policy reversals collectively and more systematically.

However, instead of implementing the Convention, the AKP government increased its attacks on women’s rights. So, women’s groups and organizations decided to prevent these policy reversals collectively and more systematically. They established a platform first to prevent a bill that would restrict divorced women’s right to alimony, and then possible amnesty for those convicted of sexual assault on children, which would open the door for child marriages if the age difference between the man and the child did not exceed 15 years. Finally, when top party officials signaled that Turkey would consider withdrawing from the Istanbul Convention, women groups and activists, who had been working in these platforms of resistance, decided to join their efforts in promoting women’s rights broadly, instead of dealing with issues one at a time. Thus, on August 1, 2020, over 300 women’s and LGBT rights organizations announced the establishment of EŞİK.

In addition to trying to shape the political agenda in Turkey and raising public awareness on gender-based violence and other women’s issues, EŞİK decided to seek cooperation with women’s organization in other countries. On October 15, it held a transnational zoom meeting that brought together nearly 200 women from fifteen countries. Focusing on these right-wing attacks, the meeting, “Feminists Meet to Discuss the Attacks on the Istanbul Convention,”  included speakers from countries where the opposition to the Convention has been increasing. The first speaker was Feride Acar, former chair of GREVIO, who presented an overall assessment of the implementation of the Istanbul Convention. Özlem Altıok (Turkey), Rada Borić (Bulgaria), Genoveva Tisheva (Bulgaria), Réka Sáfrány (Hungary), and Ursula Nowakowska (Poland) described the situation in their respective countries and suggested possible areas of collaboration. Following a discussion session open to the audience, I offered concluding remarks.

It became clear that instead of just reacting to daily attacks on women’s rights coming from right-wing groups and governments, women had to confront this systemic assault by being proactive.

The talks and discussions revealed that the already precarious situation for women was aggravated by various global crises, including the COVID-19 pandemic, but most of all by the deliberate efforts of right-wing politicians. Since conservative groups’ resistance to the Istanbul Convention is part of a broader backlash against the advancement of women’s rights and gender equality, populist governments capitalize on their support and align with political platforms that are misogynist, homophobic, and transphobic, despite invoking very different religious traditions to justify their opposition to gender equality, in general, and the Istanbul Convention, in particular. The October 15 meeting also revealed the need to establish a transnational network that would support women’s groups across borders and enable them to carry out their own activities more effectively but that would also unify various national efforts and project them within international forums and intergovernmental organizations. It became clear that instead of just reacting to daily attacks on women’s rights coming from right-wing groups and governments, women had to confront this systemic assault by being proactive.

Thus, the twelve women’s organizations that participated in the meeting issued a declaration as an initial step. On December 7, they publicly announced in their respective countries The 2020 Declaration on Women’s Rights, which highlights women’s assessments of the current problems, their demands from national governments and parliaments, intergovernmental and international organizations, as well as the media, and their commitment to defend their rights, seek gender equality, and work in solidarity toward building a more egalitarian, just, and peaceful world.

The twelve signatories of the Declaration are assemblages or networks; thus, collectively they embody about a thousand women’s groups and organizations, and the Declaration is endorsed by the European Women’s Lobby that includes thousands of organizations. Nevertheless, the Declaration has been issued with the aspiration of mobilizing women all around the world. EŞİK and its transnational collaborators have been translating the Declaration to reach out to women’s groups in other regions to spark action in other countries, expand their communication and solidarity network, and stimulate regional and global collaborations. The Declaration, guided by the principle of equality in human dignity, which is the foundation of international human rights, emphasizes collaboration not only among women’s groups but also considers effective rights-based solutions to collective problems that have reached the level of global crises (e.g., climate change, militarism, mass displacement, neoliberalism, economic inequalities, and the pandemic) that can only be solved through multilateral efforts and initiatives.

Professor of Political Science at the University of Connecticut
Read More