The Caged Phoenix: Can India Fly? 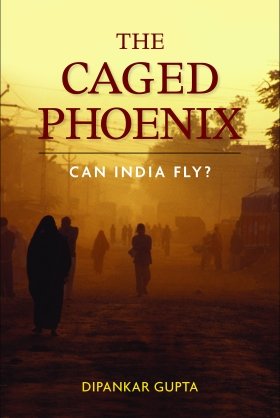 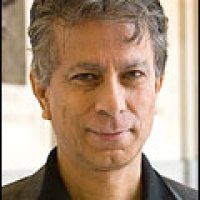 Dipankar Gupta, one of India’s foremost thinkers on social and economic issues, takes a critical—and controversial—look at the limits of the Indian success story in The Caged Phoenix. Through a fine blend of theory and new evidence on small scale industries, farming, and more, Gupta argues that, despite the promise of independence and liberalization, India continues to remain caged in backwardness. In short, the country’s phenomenal growth story has not translated into development.

Questioning prevailing culture-based theories—and the academics who perpetuate them—that are used to explain India’s poverty and its hampered development, Gupta attempts to “normalize” India, advocating a rigorous rejection of justifications that rely upon cultural otherness and exoticization. He critically examines the reluctance to acknowledge that structural impediments, not cultural factors, deny growth benefits to the majority of Indians, and explores the close link between growth in high technology sectors of the Indian economy on one side and sweat shops and rural stagnation on the other. Making a comparison with the developed West, Gupta underscores the point that affluence can be achieved only after living conditions improve across all social classes.

Combining original scholarship with a lively narrative, Gupta debunks widespread myths about why India’s democracy has yet to deliver and offers compelling explanations for the paradoxes that exist.

Dipankar Gupta is Professor at the Centre for the Study of Social Systems, Jawaharlal Nehru University. He is an expert on ethnicity, rural mobilization, informal labor, caste and social stratification, and modernity. He has held several overseas appointments, most recently the Leverhulme Professorship in the London School of Economics and as a Fellow at the Woodrow Wilson Center. He is a regular columnist for a number of Indian newspapers and magazines.

2. Connecting the Rich to the Poor

8. From Village to Vicinage

11. Blame It on the Nation-State

12. Do We Deserve Our Leaders?

13. Against Rolling Back the State

“A brilliant and dazzling new work from one of India’s leading public intellectuals. This book is strikingly original and engagingly written for the broad audience it deserves.”—N. J. Demerath III, Emile Durkheim Distinguished Professor, University of Massachusetts, Amherst

“Dipankar Gupta combines the roles of scholar, investigative reporter, and responsible citizen to analyze the context and constraints of India’s growth story. This book is an important wake-up call and needs to be widely read.”—Milton Israel, Professor Emeritus, University of Toronto

“This provocative and yet balanced perspective is essential reading for anyone interested in understanding the impact of economic reform on India society.”—John Echeverri-Gent, Department of Politics, University of Virginia

“[Gupta’s] account of the changing aspirations in rural India, of the way in which caste has changed, the impact of migration and identity, the importance of urban life, is spot on.”—Pratap Bhanu Mehta, President, Center for Policy Research, New Delhi

Blog post
Economics and Globalization
Deglobalization or Re-Globalization? Asia May Be Diverging From the U.S.
By Shihoko Goto on November 3, 2020