Yemen: What Everyone Needs to Know 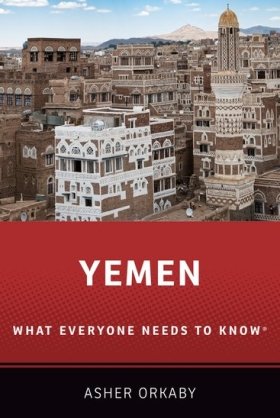 In 2014, a tribal alliance from Yemen's northern regions seized the capital city of Sana'a and overthrew a republic that had ruled since 1962. Known as the Houthi Movement, these rebels are today vying for control, sparring with southern separatist movements and former President Ali Abdullah Saleh's political party. Indeed, Yemen--located in the southwest corner of the Arabian peninsula--has become synonymous with civil unrest, sectarian conflict, famine, and rampant disease in recent years. Yet the country has a much deeper history--one that stretches back centuries.

In Yemen: What Everyone Needs to Know®, Asher Orkaby provides a broad-ranging, historically overview of the country and its peoples that focuses in particular on the contemporary situation. He covers the countries major political figures and ethnic groups, explaining the origins of each and their impact on contemporary national politics. Throughout, he focuses on tribalism, religious dynamics, regional identities, Yemen's African and Jewish minorities, and the social impact of the Arab Spring on the country's women and youth. Orkaby also offers readers a window into Yemen's rich past: its archaeological treasures, its ancient economic prosperity, and its tribal and religious history. He also looks to Yemen's future, identifying potential avenues through which Yemen can use its promising geographic location, natural resources, and economic potential to achieve stability. 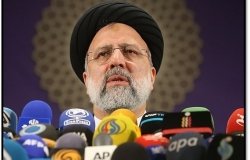 External link
Economics and Globalization
China and Iran announced a new economic and security partnership. That’s not as alarming as it sounds.
Video
International Security
Red Line: The Unraveling of Syria
24:44