Over the last two decades, social accountability has emerged as a strategy to make health services more responsive to community needs. It’s an approach that creates a space for “interaction between citizen engagement and government responsiveness,” said Jonathan Fox, professor of international development at American University at the Wilson Center May 5.

Over the last two decades, social accountability has emerged as a strategy to make health services more responsive to community needs. It’s an approach that creates a space for “interaction between citizen engagement and government responsiveness,” said Jonathan Fox, professor of international development at American University at the Wilson Center May 5.

Despite a nearly 50 percent reduction in global maternal mortality since 1990, gains in maternal health outcomes have been uneven. In developing and developed countries alike, the information, services, and resources that ensure safe pregnancy, delivery, and recovery are too often inaccessible for marginalized women.

Social accountability can be used to reach marginalized women and address uneven maternal health outcomes. The idea is to create a safe space for dialogue between health providers and community members to identify problems and promote solutions when the government or private sector’s capacity to respond is limited. When they work, social accountability programs help ensure the rights of all constituents, not just the easiest to reach or the most cost effective.

In Malawi’s Ntcheu district, the humanitarian NGO CARE has developed a social accountability tool called the community score card to bring together community members, service providers, and the local government to identify key challenges to the prevention of maternal health services and resources.

The score card uses a five-step process to gather perspectives from community members and providers, generate issues that need addressing, and create indicators for measuring progress towards doing so, said Thumbiko Msiska, a project manager for CARE Malawi. “We make sure that this process provides an opportunity where everybody’s voice will be heard.” The findings are shared with local government officials and an action plan is created and implemented.

“We’ve seen this to be very beneficial in that it has helped how rights are respected, protected, and even realized,” he said:

It has created space for engagement between service providers and the service users. It has enhanced communities’ knowledge and demand for entitlements in a subtle manner, starting from the analysis of issues hindering delivery and accessibility of the services. So it’s not an aggressive approach; it’s an approach that involves a lot of dialogue between the two groups, and through that, people have gotten to learn about entitlements and demand those entitlements.

The government deployed a district health management team to play a leadership role in the community score card process. “We have this team so they are responsive to whatever comes during the meetings with community members as well as health workers,” said Diana Khonje, director of the Malawi Ministry of Health’s reproductive health unit.

Townsend said a focus on rights can help programs identify gaps in opportunity and care and support more women and girls, which has proven true in Ntcheu. Before the score card, it was difficult to bring the health providers and community together, said Khonje. After the score card, health workers were more responsive and caring toward the patients because “we’ve been able to monitor and improve the quality of services,” she said. Ntcheu has also seen improvements to its referral systems, availability of transportation, and accessibility of general information – all common barriers for many marginalized women.

If You Build It They Will Come

Msiska knows the score card is working because it’s generated much higher demand for health services. But resources, both human and material, are limited, he said, and more cooperation between public and private stakeholders is necessary to maximize resources.

The community score card process in Ntcheu – and the response it prompted – relied on many different collaborators, said Khonje. The Malawian government created an enabling environment for ensuring maternal and reproductive rights are fulfilled, respected, and protected; CARE and other NGOs provided monitoring and government accountability; and United Nations organizations helped train community members and facilitators.

The resulting increase in demand means they are reaching women who were previously left behind, but challenges remain. The implementation of a community score card can take anywhere from six months to a year, said Khonje. In addition, it requires a team of dedicated individuals, including experienced facilitators, to skillfully guide sometimes-tense conversations that can slide into conflict. Another challenge is deciding which community members should be a part of the process, with the focus ideally being on marginalized and vulnerable women.

The score card and other social accountability strategies have shown promise in reaching the most vulnerable mothers around the world – progress that is needed. An estimated 800 women a day still die from preventable causes linked to pregnancy and childbirth, with 99 percent of those deaths occurring in developing countries. Approximately 222 million women have an unmet need for contraception and there are roughly 80 million unintended pregnancies a year. 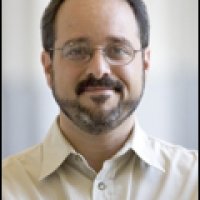