In the past 70 years, the relationship between India and the Soviet Union, and now Russia, has historically been stable and mutually beneficial. However, cracks are beginning to appear. Russia’s growing alignment with China, a major rival of India, is proving to be a sticking point. There is also growing anxiety in Moscow over New Delhi’s deepening security ties with Washington, both bilaterally and through the Quadrilateral Security Dialogue. Additionally, Russia appears to be increasing its relations with Pakistan, a potential concern for India. At the same time, Russia is the largest arms supplier to India which has purchased the S-400 missile system, much to the consternation of the United States. How will India manage relations with Russia as Russia grows closer to a more assertive China, while at the same time balancing its growing ties with the United States and U.S. allies?

On April 22, Nandan Unnikrishnan, Distinguished Fellow at the Observer Research Foundation, joined the Wilson Center’s Kennan Institute and Asia Program for a conversation on the current status and future trajectory of India-Russia relations.

Read our report with the Asia Program, the Observer Research Foundation, and the Primakov Institute of World Economy and International Relations entitled "2021: Afghanistan's Year of Reckoning" HERE.

Nandan Unnikrishnan
"[The India-Russia] relationship began in 1947. In fact, remarkably, we established diplomatic relations before India was formally independent, and even more interestingly, the first contact between the Indians and the Russians about establishing diplomatic relations took place in Beijing, then, of course, Peking, but that is a small historical vignette. Relations initially were quite tepid between India and Russia. One, of course, because Statin did not think much about the Indian elites. He used to think they would think of them as being the running dogs of imperialism and he did not think equally. He did not think much about Indian Communists, although they were the largest single opposition to the then Congress party led by Mr. Nehru. The Indian elites were equally unenthusiastic about Stalin’s Russia, although some of them looked favorably upon socialism per se, so it is not surprising that the first impetus to the relationship came after Stalin’s death when Khrushchev visited this country in 1955 if I’m not mistaken, and that laid the foundation for the beginnings of an economic relationship."

"It is only after the rift between China and Russia starts that a political relationship begins to develop between India and Russia. I’m talking of the period of ‘56 to ‘61 when de-Stalinization takes place. ‘56, in the 20th Congress, when the Chinese Communists are aghast at what Khrushchev is doing and the subsequently in ‘61, they decide that the Soviet version of Communism is a revisionist version and they completely disengage with it. The Russians start moving closer to the Indians, although the Indians even at that stage are not really very enthusiastic about a strong relationship, but as luck would have it, India also has a war with China in ‘62, and that leads to a rethink on its relationship, and India begins a relationship, a strong relationship, with the Soviet Union."

Michael Kugelman
"Seen from here in Washington, [the India-Russia] relationship appears to be undergoing a historic shift. Going back to the Cold War, it had been a warm and enduring relationship. It gained a reputation as a stable, predictable partnership driven in particular by a strong defense relationship, but in recent years it has experienced a number of challenges. Each country has deepened partnership with the other’s rivals. India has ramped up relations with the U.S. Russia has ramped up relations with China, and more recently, driven by seemingly converging interests in Afghanistan."

"The India-Russia relationship has run into some bumps and yet, it’s still a very strong and sound relationship with continued security cooperation in particular, and this makes it a bit of a nuisance for Washington and for New Delhi as well, and so the S400 deal, the missile defense system that India has purchased from Russia, stands out in this regard, and it’s perhaps a bit of an albatross around the neck of a U.S.-India relationship that otherwise is very sound." 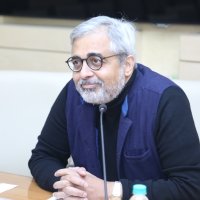 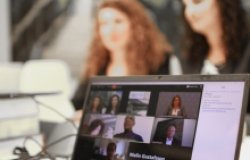