Israel's Moment: International Support for and Opposition to Establishing the Jewish State, 1945–1949

In Israel’s Moment, Jeffrey Herf examines the political realities that underpinned support for and opposition to Zionist aspirations in Palestine in the United States, and Europe, including the Soviet bloc. He examines the opposition of diplomatic and military leadership of the United States and Britain, and the reservations of the French Foreign Ministry, as well as, on the other hand, support that came from American liberals, the Socialist Ministers in the French Interior Ministry, leading figures of the French Communist Party, as well as the Communist governments of the Soviet Union, Poland, and Czechoslovakia. Research in the public record including at the United Nations, and in government archives reveals that in the crucial two years of May 1947 to May 1949, the meaning of terms such as imperialism and anti-imperialism, and fascism and anti-fascism differed significantly from what they became in the subsequent Cold War decades.

Jeffrey Herf is Distinguished University Professor in the Department of History at the University of Maryland, College Park, where his focus is on modern European and German history. He received his B.A. from the University of Wisconsin-Madison in 1969, and Ph. D from Brandeis University in 1981. His recent publications include Nazi Propaganda for the Arab World (2009); Undeclared Wars with Israel: East Germany and the West German Far Left (2016); and Israel’s Moment: International Support for and Opposition to Establishing the Jewish State (2022). He has been a visiting research fellow at the Woodrow Wilson Center; Center for European Studies, Harvard; Institute for Advanced Study, Princeton; American Academy in Berlin; German Historical Institute, Washington, D.C., and the Yitzak Rabin Center in Tel Aviv. He has published essays of political commentary in The Washington Post, American Interest, Frankfurter Allgemeine Zeitung, Die Welt, and The Times of Israel. 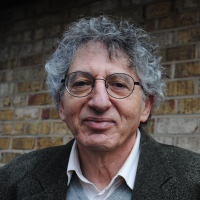 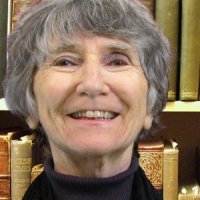