On March 14, 4:00pm-5:30pm EST, the Mexico Institute hosted a discussion on the importance of journalistic freedom, the safety of journalists, and citizens’ right to know. A list list of speaker is available below. The event was held virtually with simultaneous interpretation in English and Spanish.

Outside of official war zones, Mexico is considered the most dangerous country for journalists worldwide. Since 2000, 148 journalists have been murdered in Mexico. In 2021, nine journalists were killed. With seven journalists killed as of March 14, 2022 could be the most deadly year on record for Mexican journalists.

Many attacks against journalists stem from their investigations of organized crime and corruption by municipal authorities. The Mechanism for the Protection of Human Rights Defenders and Journalists, an independent protective body attached to Mexico’s Ministry of the Interior, has faced serious cuts to its budget since 2020.

In response to this escalation of violence, President López Obrador announced on February 14 that the federal government would report on violence against journalists and social activists every 15 days. Those concerned with the swell of violence against Mexican journalists however, have criticized the president’s response as insufficient. Advocates for journalists have also expressed concern that the president’s verbal attacks against the press further perpetuate a climate of harassment and aggression.

On March 14, 4:00pm-5:30pm EST, the Mexico Institute hosted a discussion on the importance of journalistic freedom, the safety of journalists, and citizens’ right to know. A list list of speaker is available below. The event was held virtually with simultaneous interpretation in English and Spanish.

“What I thought back then in the 1990s is that the sacrifice made by these great journalists that we had in Mexico had opened the way for a new generation of journalists to practice our profession in a climate of greater security. But after 30 years, it is not like that, we are in the same conditions—terribly… The government attacks journalists and when the government—I refer to the entities of the public administration that heads the public administration in Mexico—is a mayor, is a governor, or even the president of the republic, to this you add the climate of and insecurity of violence in which all Mexicans live.

“I think that at the end of the 1990s, before the Committee for the Protection of Journalists, and it prevails until now, it places journalists between two games. Between the threats of drug trafficking and organized crime, and pressure from the government entities. And to that, he (President AMLO) adds the seventh impunity for violence and corruption because it is not a good time for the period in Mexico.

“It seems very clear to me that the right of reply is a very grotesque construct because Azucena Uresti was speaking in very scandalous and very tabloid terms about the shielding of the center history from a building that was enabled at the request of the company itself from the skin to its Senators that it was transmitting to really say that it will not be offered.”

“That forgiveness cannot be resolved in three years. It cannot be resolved by particularizing and thinking that is, to say, resolve the reflection of journalists, as if that could be done in an environment of decomposition and violence inherited. Going back to my answer, it seems to me that the statement is good because it is a moment when we see where tremendous hypocrisy is coming from.” In response to a statement from AMLO.

“In Mexico, there is a climate of impunity… that makes this land on of the most vulgar in the world, where there is no war, as it seems to be journalism. Even in this tenor, in that context because there are journalists and also magazines that, as a team, we set out to do this type of well-mentioned investigation. The investigation of drug traffickers in Mexico City that revealed that the prisons operated in the city meant a topic that, until now in Europe, they talk about 2018 and 2019 as a taboo subject, in which they did not talk about it—nor did they want it in the news.”

“It has to do with a chain in which the entire justice system is intertwined but also the executive power and the judiciary for not leaving out the legislative power in a country where this structure has absolutely collapsed. This affects us as common citizens but here we emphasize that our meanings as journalists are not extraterrestrials or that we are special, but every time a journalist is killed then a messenger is killed, and then we are trying to reveal the reality.”

“What are we going to do there if there are no efficient accountability mechanisms and the already mentioned impunity prevails as the main incentive for any type of violence? We are talking about the national impunity average for the general victims from 95 percent and in the case with the data of faith, only speak of federal taxation to deal with crimes against freedom of expression. We are not adding the investigation folders there and there is no information from the local prosecutors. But we are only talking at the federal level, 98.5% of the cases that have not reached a sentence in their history.”

“Prevention, justice, and reparation for the victims… it is what we are promoting from a comprehensive policy from the point of view of a comprehensive policy that we are not having, we appeal to the highest institutions of the federal and state governments to acknowledge receipt of the crisis and to move forward with a sense of urgency if the solution is to reform the mechanism, we will see the results in two years. What we need to do now is appeal to the sense of crisis of urgency.” 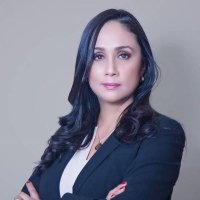 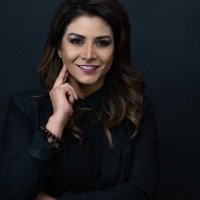 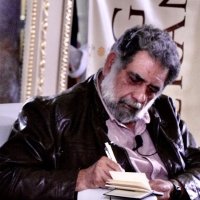 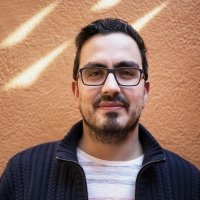 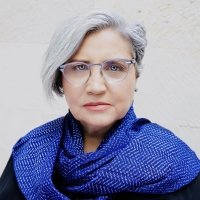