Revisiting the Arab Uprisings at 10: Beyond Success and Failure

Wednesday
11:30am – 1:00pm ET
This event will be webcast live
Live stream will begin in approximately —:—:—

10 years ago, a number of Arab countries from Tunisia in North Africa to Syria in the Middle East, erupted in waves of protests expressing the people’s discontentment with their socio-political and economic conditions and particularly with the ruling regimes. However, most states that experienced upheavals and revolutions succumbed to counterrevolutionary forces, as did Egypt, or spiraled into Civil War in the case of Syria, Libya, and Yemen. The fall from the high expectations for democratization led many analysts to conclude that these uprisings were failures, and that elite grasp on power was too strong to break. However, these inflection points profoundly changed their societies, and the renegotiation of state-society relationships is in many ways misperceived.

“There are three examples where I would say we fell short in the United States and in the West, the first clear example is after the 2013 coup and the removal of Morsi, we did not uphold our own values and even apply our own laws, which would have required us to immediately suspend military aid to Egypt—we did not do that after the coup in July, 2013. We waited until after the Rabaa Massacre and then a review began of military aid later in the fall.”

“Now with the new Biden administration it looks like the promotion of democracy may once again become a priority which it was not frankly for the Trump administration.”

“The Nubian minority actually has managed to wrest concessions even under the Sisi regime, so after 2013 a new constitution was written in 2014 and due to the activism of the Nubian minority which has been marginalized for decades in Egypt since the time of Nasser when they were forcibly displaced multiple times from their villages along the Nile due to the building of dams. Nubia was essentially submerged under the waters of Lake Nasser. In 2014, due to the activism of Nubian activists they were actually able to achieve recognition in the 2014 Egyptian constitution of Nubia, so the word ‘Nubia’ appears in the Egyptian constitution of 2014 which prior to that was not the case and some of their historic grievances were recognized.”

“It’s not accidental that the only country where things really took a positive turn was Tunisia, that had trade unions that were really strongly embedded in the country—it was a real organization that could compete with the people in power. In most of the rest of the Arab countries there are no such organizations and as a result the process is bound to be very messy and very lengthy.”

“One of the weaknesses of the protest movement in Arab countries is that the youth reject organization, reject hierarchies, they don’t want to have formal leadership. Well, it’s very admirable—you know, ideologically—but it’s not a recipe for success.”

“Yemen’s unification in 1990 between north and south was actually very tenuous and Saleh’s removal from power and the absence of central authority demonstrated this very clearly.”

“A Saudi official had come to the Kennedy School and spoke and I had the audacity to ask him—at the time this was 2010—‘So what keeps you up at night? What’s your greatest nightmare?’ and he said, ‘It’s not one nightmare, but it’s 29 million nightmares and they’re called Yemenis.’ And what he meant by that in further extrapolation is that the greatest nightmare for the gulf monarchies is this massive public uprising and protest because by nature they run an exclusionary political system run by these young dictators in their early thirties.”

“It was this peculiar moment after the fall of Mohamed Morsi of Egypt, that began this kind of domino effect across the region where authoritarianism really, kind of grew some teeth, we can’t wrench Libya from its context […] remember there are other authoritarian powers in the world—Russia, also China—that grew teeth in the last decade as well.”

“It’s very sad when one looks at Egypt—it was almost inevitable to a certain degree that the deep state that was there was going to be reactivated in moments. There was a smoke and mirrors effect I would assume in the moments of June 13th, and early July, but in Libya it took months and years of planning.”

“It’s women that sparked and led the revolution and in fact there have been many instances in Libya’s last decade where they have been potentially the only beacon of light in terms of the political progress.” 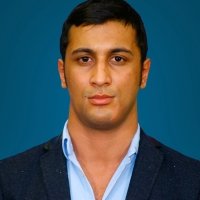 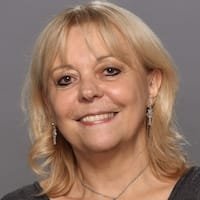 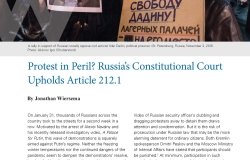 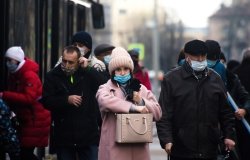