Skip to main content
Support
Show
Live Now
What's Critical? Evolving the Security Playbook for Managing Ones, Zeroes, and Everything in Between
Show
Live Now
Island Stories: An Unconventional History of Britain
Explore More
Close
Article
Global Fellow Kathryn Lavelle Publishes New Book about the History of International Organizations and the Challenges They Face
By Joshua Yang on July 22, 2020
Share on FacebookShare on TwitterShare via Email
Share
Part of the Ground Truth Briefings
Event

Turkey: The Struggle for Its Future

NATO ally Turkey, long a stable, reliable and pluralistic Western partner has been shaken by a swirl of corruption allegations. In the lead up to the March 30 municipal elections, seen by many as a referendum on his leadership, Prime Minister Recep Erdogan has responded with mass dismissals and censorship, including attempts this week to ban Twitter and YouTube. In this Ground Truth Briefing, three experts discuss the implications for Turkey and the region.

Turkey: The Struggle for Its Future

Summary of the Call

It has been a trying year for the Turkish Prime Minister, Recep Erdogan, as he and his administration have come under numerous political attacks. However, after facing popular protests in Istanbul last summer and a high-level corruption scandal only a few months ago, the PM has passed a key test of confidence, as his Justice and Development Party (AKP) won majority support in the country’s municipal elections on March 30.

Speaking from Istanbul two days after the municipal elections, Dr. Gulnur Aybet stated that, although the AKP has seemingly cemented its grasp on power, the key question is, “what will they do now?” She expects Erdogan to now move on with some “deep state cleaning,” in which Erdogan and his allies will attempt to apply new checks and balances of power on entrenched bureaucrats as well as implementing institutional reforms, targeting the judiciary, intelligence agencies, and other aspects of government. Further, given the unity the AKP has demonstrated throughout this year of conflict, she expects Erdogan to stand as the sole AKP candidate in upcoming presidential elections.

In Ankara too – where opposition parties have contested the vote – Dr. Bulent interpreted the vote as a victory for PM Erdogan. Results are showing that support for the AKP has increased since last election – this time winning roughly 45% of the vote. Dr. Bulent believes that Turkey will continue its historical trend of slowly “moving from crisis to reform.” It is his hope now that, with this demonstration of support for Erdogan, politicians will be able to advance an array of economic and political reforms resulting in a stabile and democratic Turkey “within a year or two.”

Like the other speakers, Ambassador James Jeffery also saw this vote as a significant victory for Erdogan, and a sign that both his pursuit of a “majoritarian government” and his rhetoric against international and domestic powers will go unchanged. However, the Ambassador also suspects that Erdogan’s domestic agenda could meet some resistance, particularly any attempts he makes to reform the country’s constitution. However, these potential domestic problems become secondary when considering the increasingly “heavy foreign policy agenda” that involves Turkey.

If the U.S. and it allies hope to make any gains in Syria, they will need Turkish support and cooperation. Similarly, Amb. Jeffery believes that Turkey can and should play a key role in enforcing regional stability, exercising its influence in Iraq and amongst the region’s Kurdish population. Further, he acknowledged the growing potential for a joint energy deal between Turkey, Israel, and Cyprus, that could further sow regional stability and further diversify the EU’s energy supply, and lower its dependence on Russian gas.

With all these initiatives in mind, it is important the Western leaders do not judge Erdogan too quickly. These are tough political times and in order to succeed, Western leaders will need to strike a balance so that we can pursue our vital interests while respecting our values and respecting our allies in Turkey. 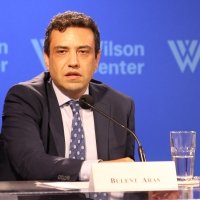 Defense Fellow, Washington Institute for Near East Policy, and former U.S. Ambassador to Turkey and Iraq 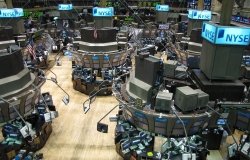 Video
Economics and Globalization
Taking the Temperature of the Global Economy 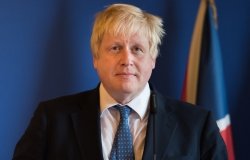 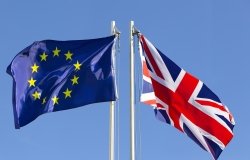 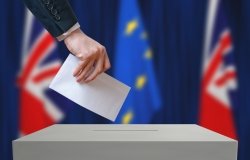 Book
History
Intellectuals and Fascism in Interwar Romania: The Criterion Association
By Cristina A. Bejan 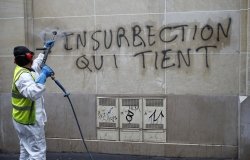