WEBCAST | Accessing Justice: Femicide and the Rule of Law in Latin America

Latin America has some of the highest rates of gender-based sexual violence and femicides in the world. This crisis has become even more acute as COVID-19 lockdowns have exacerbated violence against women and girls across the region. Femicides in Brazil increased 22 percent in March and April, compared to the same period last year and calls to domestic violence hotlines have surged. In Mexico, 987 women and girls were murdered in the first four months of 2020; the number for April broke a five-year record. In El Salvador, during the last two weeks of March, over 50 percent more women died from femicide than from COVID-19.

In many Latin American countries, this problem has persisted despite legal protections. In 1994, countries across the region adopted the Belém do Pará Convention, formalizing violence against women as a human rights violation. Since then, countries such as Brazil, El Salvador, and Mexico have passed laws criminalizing femicide and domestic abuse. Yet region-wide, many cases of femicide and violence against women and girls go unpunished and efforts to integrate gender-based violence prevention and responses into justice systems vary widely. Why do laws continue to be insufficient to protect women, and how can we reduce and eliminate barriers to implementation?

Watch the video above to learn more about gender-based violence in Brazil, El Salvador, and Mexico—which have some of the highest femicide rates in the world—as part of the Wilson Center’s new project “Accessing Justice: Femicide and the Rule of Law in Latin America.”

External sources mentioned during the discussion:

To join the post-event conversation, tweet your questions and comments to @TheWilsonCenter using the hashtag #GenderAtWilson. To receive more information about the Wilson Center’s work on GBV, as well as invitations to future events, subscribe here .

"For many women, home is not a refuge. In many countries neither is the criminal justice system, despite laws criminalizing femicide and other forms of gender-based violence. In 1994 countries across the region adopted the Belém do Pará convention formalizing violence against women as a human rights violation. Since then, countries such as Brazil, El Salvador and Mexico have passed laws criminalizing femicide and domestic abuse, but the implementation has lagged and impunity is widespread."

“The official statistics show that one woman is killed on the basis of her gender every two hours—every two hours—in Latin America. But the real number is likely much higher.”

“What is most fascinating to me was the notion that law enforcement has a stereotype of what is a law enforcement issue. This [femicide] isn’t it. It seems like a huge amount of reeducation has to happen."

"91 percent of men and 86 percent of women show some kind of bias against gender equality in areas such as politics, economics, education and physical integrity. Half the world's men and also women feel that men make better political leaders. Over 40 percent feel that men make better business executives and that men have more rights to a job. Worse, these biases have increased over time. The idea of a monolithic family, with the breadwinner and the homemakers...this is what has been fueling this violence epidemic because this is not the reality. We know that here, in El Salvador, with a very strong, informal economy, women are out there working in the most vulnerable jobs."

"You really need to have that equity and parity throughout the system. You need to be able to see women in technology, women driving trucks, you have to be able to see women everywhere, and not only as a leader. There should be absolutely no question, but you need to have to break those stereotypes and to be able to insert women throughout society. We need leader, we need quotas. We are not going to get there if there isn't very much a policy and a demand to do so."

"We definitely need to work with the judicial system and there is still a long way to go, as there are not many police officers who are women and who are there to support. We need to work on laws, on implementing those laws, and we need to work with the men who are there to have male champions and have vocal leaders in the judicial system. That's very important to break barriers and achieve inclusion. But at the same time, the bias is getting worse throughout time. What are we doing wrong? How much power do women have financially? These are real-life questions that we have to answer in order to cut this epidemic of violence."

"These are crimes with a strong cultural root. We’ve been socialized to understand that there are specific gender roles to be performed by men and women, and that we cannot leave [these] predetermined roles that we should be performing."

"Usually the aggressor in these kinds of crimes, violence, domestic violence, or femicide, they don't correspond to the stereotype of "enemy" and "criminal" that the police were trained to identify. Sometimes they can be the father, the husband, a good employee, someone that no one would suspect of being someone violent. It’s a big challenge for police officers to understand that this is a different kind of violence, and the perpetrator is someone that does not correspond to that stereotype of ‘the enemy’ or ‘the criminal’ that the police were trained to identify."

"And often, the same woman calls the police several times from different occasions. This is frustrating for the police, who are trained to arrest, and they are not trained to understand the complexities of violence against women."

"The challenge for them [Patrulha Maria da Penha] is to be able to work within a broader net of protection, with more people involved, not only the police: the health system, the social assistant system."

"We have also the problem of transparency and we have a problem with the ability of those who are responsible [for] producing the data. We don’t have good technology, good people prepared to look and register what’s happening."

“It is not easy for victims to file complaints but in this four month period, we have found that 5,569 [victims] filed complaints that have been documented in the period. That means that 46 sexual assaults have been documented daily and when we realize that only 4 percent of sexual assault victims report [an aggression], that is 96 percent of the victims don’t report the aggressions they live, we should feel terrible for what is going on and for the lack of action from the governmental position.”

“90 percent of homicides in Mexico (general homicides) can be included in the area of impunity. According to the femicide observatory in Mexico, in 99 percent of all cases there is no justice, there is no law, and there is no follow-up.”

“The pandemic is just making visible a reality that has been going on for decades. Violence against women and femicides are not new but what is new is the fact that the media and civil society is pushing forward this topic.”

“What we need is, first of all, political decision and compromise. We need to train the police, the public ministers, and the whole judicial chain to understand the problem. They need to judge in terms of gender: there must be a gender perspective in the whole process and there has to be an understanding that whoever kills a woman and commits a femicide will go to jail.”

“The President [of Mexico] has said that of the calls to 911 [related to GBV], 90 percent are false. He is ignoring what his own institutions are giving us, the official data. That’s part of the reason why “Nosotras Tenemos Otros Datos” was born. We have other information. His permanent answer to questioning is “I have other data” even if the data comes from his own institutions.”

“In Brazil, a study several years ago found that 85 percent of respondents believe that women who report abuse of partners risk further violence. The data bears this out. [In] fifty-five percent of cases of femicide in Brazil, the motive was that the woman was trying to leave or break up the relationship.”

“There is a clear need not only to encourage women to report, but to protect them once they do. COVID-19 has exacerbated this challenge, but it has not created it.” 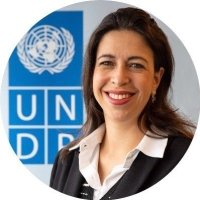 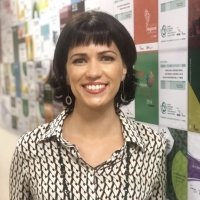 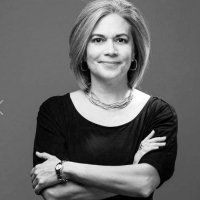