"You are Not an Orphan:" Displaced Children in the USSR During the Second World War

Title VIII Research Scholar Natalie Belsky will examine the evacuation of children in the Soviet Union during the Second World War and consider the ways in which the state mobilized the population to support displaced and orphaned children.

"You are Not an Orphan:" Displaced Children in the USSR During the Second World War

Children are often seen as the emblematic victims of war and are cast as symbols of civilian suffering. Title VIII Research Scholar Natalie Belsky examined the evacuation of children in the Soviet Union during the Second World War and consider the ways in which the state mobilized the population to support displaced and orphaned children. She discussed the discourse and narratives surrounding evacuated children to reveal what they tell us about notions of family, belonging, and citizenship in the context of wartime USSR. 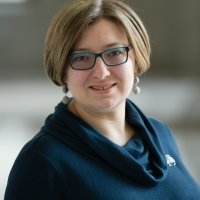