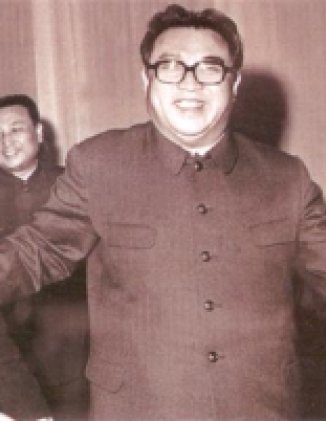 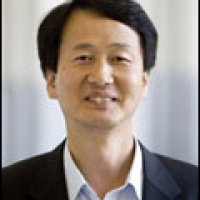 To view the 25 translated Romanian documents on inter-Korean relations and North Korea's strategies toward Korea's reunification in the mid-1970s, please click here or see the link below.

The July 4th, 1972, Joint Communiqué , the first document to be agreed upon by both North Korea and South Korea following the division of the Korean Peninsula in 1945, was of particular historical significance. Notably, through the Joint Communiqué, the two Koreas reached an agreement on the three principles for reunification (independence, peaceful unification, and great national unity). The Communiqué also pushed the North-South dialogue to a new level, as both sides agreed to cease slandering one another, to begin various forms of exchanges, to setup a hotline between Seoul and Pyongyang, and to form a South-North Coordinating Committee charged with easing tensions, preventing armed clashes, and solving the issue of unification

As this collection of Romanian documents makes clear, however, soon after the announcement of the Joint Communiqué, there was an intense disagreement between North Korea and South Korea over the interpretation of the three principles for reunification. While the two sides sparred in the months following the release of the Joint Communiqué, it was the establishment of the dictatorial yushin system in South Korea in October 1972 which caused North Korea to significantly revise its strategy on how to best achieve the reunification of the Korean Peninsula.

While visiting Romania in March 1973, Korean Workers’ Party Secretary Kim Dong-gyu met with Romanian President Nicolae Ceaușescu and elaborated on this strategy. Kim stated that the North Korean peace offensive initiated in 1971 had succeeded in a number of ways, arguing that the campaign had eliminated the unjustifiable and false charges that North Korea was a belligerent country and thus called into question any justification for the continued stationing of U.S. troops in the South. Furthermore, according to Kim, North Korea had pushed the South Korean government into a state of confusion and panic by isolating the regime both domestically and internationally (Document No. 5. See also Document No. 13). Kim explained that North Korea sought to expand the dialogue through the South-North Coordinating Committee and meetings of the Red Cross representatives, believing that these channels would permit contact with South Korean laborers, farmers, students, intellectuals, and other democratic forces who were sympathetic to North Korea’s positions. The North-South dialogue could have thus become a tacit mechanism for encouraging a revolution in South Korea. Following such a revolution, the North Koreans anticipated that a democratic leader would guide South Korea towards peaceful unification with the North. In short, North Korea’s strategy was to “use dialogue to isolate the Park government.” Secretary Kim also emphasized that socialist countries should refrain from establishing relations with South Korea, arguing that pressure on South Korea from home and abroad would force Park to accept the North Korean unification plan for the establishment of a “Federal Republic of Goryeo” (Document No. 5).

Recognizing that South Korea would probably not allow the opposition to become involved in the North-South dialogue, however, North Korea began to adopt several other tactics. At the second South-North Coordinating Committee meeting held in Pyongyang in March 1973, for example, North Korea attempted to drive the South into a corner by calling for the resolution of military issues above all else (Document Nos. 7 and 8). This was an attempt by North Korea to test how genuine South Korea was toward unification and to expose to an international audience the “duality of a south Korea that says it desires dialogue on the one hand but is passive toward military issues on the other” (Document No. 10). From then on, North Korea began an effort to isolate the South through an international propaganda offensive, hoping that such maneuvers would also undermine Park Chung Hee’s regime domestically (Document Nos. 8, 9,10,and14).

By summer 1973, only one year in the wake of the July 4th Joint Communiqué, the gap between the two Koreas had widened considerably. At this stage, North Korea also began to accuse South Korea of seeking to “enshrine the division of Korea” through the simultaneous entry of the two Koreas into the United Nations (Document No. 19). North Korea responded to the South Korean “June 23 Statement” with its own proposal, Kim Il Sung’s Five-Point Policy for National Reunification on June 25, 1973, which called for the creation of the “Confederal Republic of Goryeo” and for both Koreas to enter the United Nations “as a sole state” (Document No. 20). The cooling of North-South dialogue was as dramatic as its beginning.

Owing to the divergent approaches taken by the two Koreas toward reunification, on August 28, 1973, North Korea declared the nominal end of the North-South dialogue. Announced under the name of Kim Yeong-ju [Kim Yong Ju], who was then North Korea’s head for the South-North Coordinating Committee, the August 28 declaration stated specifically that the North could no longer continue negotiations with Lee Hu-rak [Yi Hu-rak]. Lee, the head of the Korean Central Intelligence Agency (KCIA) and South Korea’s representative in the South-North Coordinating Committee, was accused by the North of having plotted both the Kim Dae-jung kidnapping and the “two-Korea” plan presented in the South Korean “June 23 Statement.” Moreover, while recognizing the need for continuing dialogue between the two Koreas, Kim Yeong-ju called for the restart of talks by replacing Lee, repealing the “June 23 Statement,” and restructuring the South-North Coordinating Committee to include members of various political parties, civil groups, and community leaders (Document No. 21).

Recognizing that it could not achieve its own plan for reunification through negotiations with South Korea, North Korea moved toward a plan to conclude a peace treaty through direct negotiations with the U.S. (Document No. 22). Particularly during the period surrounding the termination of the United Nations Commission for the Unification and Rehabilitation of Korea (UNCURK) in November 1973, North Korea signaled its intention to resolve the issue and conclude a peace treaty, among other political and military issues on the Korean peninsula, through direct negotiations with the United States and not with South Korea. It was in this context that North Korea began to elevate the Northern Limit Line (NLL) into an area of dispute from late 1973 (Document No. 23) in an attempt to create an atmosphere where issues involving peace on the Korean peninsula would have to be resolved through direct negotiations with the United States. Then in March 1974 North Korea replaced its past North-South Korean peace proposal with a proposal to conclude a peace treaty with the U.S. As North Korea attempted to establish direct contact with the U.S., the North-South dialogue stagnated as a result.

Of course, this North Korean strategy was also unsuccessful as the United States dared not respond positively to North Korea’s overtures in the mid-1970s. In May 1975, the North Korean ambassador to Moscow, Kwon Hee-gyong, thus stated that the stationing of U.S. troops in South Korea and U.S. support to the Park Chung Hee government were barriers to the unification of the Korean peninsula and that North Korea was presently considering three routes—peaceful, military and revolutionary—for achieving Korean reunification (Document No. 25).

At the meeting of the U.N. General Assembly held in November 1975, two different resolutions proposed by the Western and Communist countries for the resolution of the “Korea question” were passed simultaneously, which was nothing short of a bizarre turn of events. Perhaps unsurprisingly, North Korea was greatly encouraged that a resolution sympathetic to its own viewpoint had been passed in the U.N. for the first time in history. North Korea attempted to use this momentum to garner international support through the Non-Aligned Movement, the U.N. and other organizations for the termination of the United Nations Command (UNC) and the conclusion of a peace treaty. However, the widespread international uproar that occurred after the Panmunjeom [Panmunjom] axe-murder incident in August 1976 led to the end of the annual discussions of the “Korea question” in the U.N. The Panmunjeom axe-murder incident severely damaged North Korea’s diplomatic offensive and marked the end of détente on the Korean peninsula that had flowered in the early 1970s.

The timely completion of this NKIDP e-Dossier was made possible via the work of Joanna Liu, Soomin Oh, Yuree Kim, and Ria Chae.

To download e-Dossier no. 10, "DPRK Perspectives on Korean Reunification after the July 4th Joint Communiqué," and to view 34 newly translated Romanian documents about inter-Korean relations, please click here or see the link below.

DOCUMENT NO. 5
Minutes of Conversation Taken on the Occasion of the Audience Granted by Comrade Nicolae Ceauşescu to the Delegation of the Central Committee of the Workers’ Party of Korea, 8 March 1973 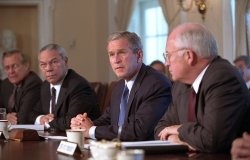