Skip to main content
Support
Show
Streaming
Argentina y la Fuerza Laboral en el Sector Tecnológico
Show
Streaming
Between the Eagle and the Dragon: Challenges and Opportunities for South Korea in the US-China Competition
Show
Streaming
POSTPONED | Achieving Security in the Arctic: the Role of DHS and its Components
Explore More
Close
Article
NAFTA/USMCA
Tough Work Ahead to Unlock USMCA’s Potential
By John Burzawa on November 28, 2022
Share on FacebookShare on TwitterShare via Email
Share
Share
Email
Part of the Wilson Center Reports on the Americas
Publication

Progressive Tax Reform and Equality in Latin America (No. 35) 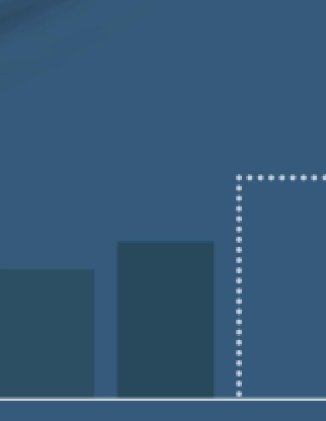 Progressive Tax Reform and ... by on Scribd

Over the course of more than a generation of vibrant and mostly uninterrupted electoral democracy, Latin American governments have done almost nothing about the fact that the region suffers from the highest levels of inequality, on average, in the world.  On the spending side, what little has been done has been quite innovative, and this has brought new attention to redistribution through programs such as conditional cash transfers and universal noncontributory pensions.

But taxation across the region is still generally regressive, relying greatly on revenue from consumption taxes and (with a handful of minor exceptions) hardly at all on revenue from personal income taxes. The long coexistence in the region of elected governments, enormous inequality, and inattention to progressive taxation ought to puzzle us—and not just because it directly violates the expectations of the most widely cited model of the political economy of taxation.

Recently, and especially since the Uruguayan tax reform of 2006, some policymakers have begun to consider what might be done on the revenue side of the ledger to address inequality. The Chilean tax reform of 2014 is the best example. Still, progressive tax measures have faced a variety of obstacles, including the doubts of some experts and practitioners about their effectiveness or political feasibility. Hence the questions: What kinds of reforms would be economically efficient, effective at redistribution, and politically possible? And what conditions and strategies might be most conducive to such reforms?

This book seeks to answer these questions by focusing on how progressive tax reforms take place; and 2) on gleaning advice for reformers, emphasizing factors that are within the control of policymakers.

Among the book’s findings are that:

1. Reformers fare better when they advocate subtle, piecemeal policies whose impact is ambiguous or “predictably contained,” because tax reforms engender an atmosphere of uncertainty that puts key societal groups on the defensive. In these circumstances, it is more helpful to avoid stirring up opponents than to mobilize supporters.

2. Tactically, it is also important to isolate those hurt by redistribution from their potential allies, to gain nonpoor allies for reform.

3. It is useful to project an image of quiet technical competence and emphasize the importance of fiscal discipline.

4. Good data on tax incidence are helpful in identifying potential allies and opponents.

5. Tax increases whose revenue is earmarked or linked to particular programs have been the most successful ones.

6. The vigorous, public, and effective prosecution of tax evasion is more popular than other kinds of reforms.

Whether or not Latin American tax reforms actually shift the fiscal burden in a progressive way, we may have entered a period when officials and politicians increasingly feel obliged to claim that they do.  Progressive tax reforms are best accomplished when times are good economically, and the intellectual consensus about efficiency-with-progressivity is now broad and deep. There are good reasons to think that, with the incipient rise of the middle-class sectors in the region, the base of support for efficient progressivity has expanded.

This report represents the culmination of a three year project on the politics of progressive taxation in Latin America. We are grateful to the Tinker Foundation for its generous support of this initiative. If you would like to learn more about this project, please visit our publications website here.