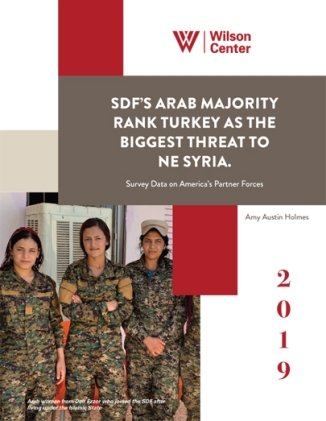 Of all the actors in the Syrian conflict, the Syrian Democratic Forces (SDF) are perhaps the most misunderstood party. Five years after the United States decided to partner with the SDF, gaping holes remain in our knowledge about the women and men who defeated the Islamic State (IS).

In order to remedy the knowledge gap, Fellow Amy Austin Holmes conducted the ﬁrst ﬁeld survey of the Syrian Democratic Forces. Through multiple visits to all of the governorates of Northeastern Syria under SDF control, Holmes has generated new and unprecedented data, which can offer policy guidance as the United States must make decisions about how to move forward in the post-caliphate era.