TPP and the Political Economy of U.S.-Japan Trade Negotiations 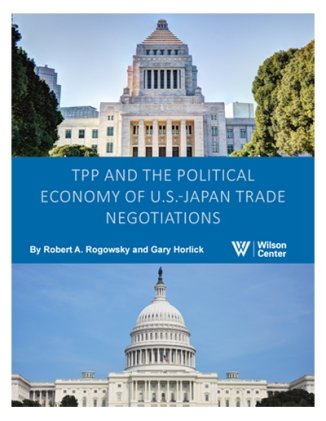 Japan may no longer be the economic threat it once was, but tensions with the United States still prevail over trade, most notably in pushing forward with the Trans-Pacific Partnership agreement. While a successful conclusion to the 12-member nation trade pact would reap in great rewards for the global economy, the politics of trade in both Washington and Tokyo present formidable barriers that will likely take several years to overcome.

What is the outlook for TPP as China’s importance as a Japanese trading partner continues to grow on the one hand, and Beijing pushes for alternative regional trade frameworks on the other? Does Japanese Prime Minister Shinzo Abe have the political will and capital to push forward with the sectoral reforms that will be required as a member nation of the TPP?

This report discusses the challenges ahead for TPP to become a reality, written by Monterey Institute for International Studies’ Robert Rogowsky, who was formerly chief economist at the U.S. International Trade Commission, and Gary Horlick, a partner at the law offices of Gary W. Horlick and former head of the U.S. Department of Commerce Import Administration.

Professor of trade and development , Monterey Institute for International Studies