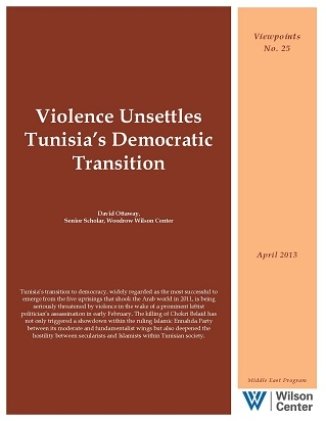 Tunisia’s transition to democracy, widely regarded as the most successful to emerge from the five uprisings that shook the Arab world in 2011, is being seriously threatened by violence in the wake of a prominent leftist politician’s assassination in early February. The killing of Chokri Belaid has not only triggered a showdown within the ruling Islamic Ennahda Party between its moderate and fundamentalist wings but also deepened the hostility between secularists and Islamists within Tunisian society.