Skip to main content
Support
Explore More
Close
Publication
U.S. Foreign Policy
On the Horizon | What to Watch in 2021
Share on FacebookShare on TwitterShare via Email
SharePrint
Part of the What Does the World Expect of President-Elect Biden: Africa
Article

Here are three things to watch in Africa in 2021.

The COVID-19 pandemic sparked Africa’s first recession in a quarter century. Now, it threatens to drop millions of Africans into poverty. The global downturn has hit Africa hard, as commodity prices, tourism, remittances and foreign investment have tumbled. Africa will be challenged to spend its way to recovery, particularly in countries with high debt burdens. Some African nations have  demonstrated a way forward that requires leaders to accelerate structural reforms to enhance competitiveness and growth, and modernize stagnant political systems. Technological innovations such as digital-enabled services and drone usage for humanitarian purposes will also play a part. Regional leaders must also implement the African Continental Free Trade Area to reduce trade barriers and attract investment. These steps will unlock much-needed debt relief and lending assistance from global financial and development institutions, and help Africa make a robust recovery that will prevent it lagging behind a larger post-COVID global rebound.

Horn of Africa: Volatility and Competition

Located astride the Mediterranean-Suez-Indian Ocean corridor, the Horn of Africa’s strategic value is exceeded only by its long-standing volatility. Traditional powers have long grappled for influence in the Horn. But they are now increasingly joined by emerging powers in the Middle East, Turkey and India, all of whom are intent on muscling into this fragile region. With Ethiopia and Sudan navigating precarious political transitions, the Horn can tilt two ways: toward reform and stability, or into a new wave of turbulence that ripples beyond the region itself. A minefield of fraught issues will determine its trajectory, including the complex inter-state dispute over Ethiopia’s new dam on the Nile, foreign power competition over port/seaway access and military bases, and jihadist-fueled instability stretching down Africa’s Indian Ocean coast. Larger factors such as pandemic recovery, debt relief, and a demographic explosion of youth demanding jobs and improved governance will also play a role. 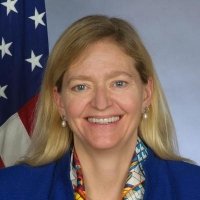 Senior Diplomatic Scholar;
Former US Ambassador to the Republic of Rwanda 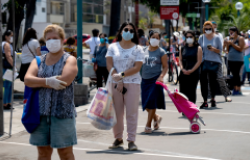