Skip to main content
Support
Explore More
Close
Publication
U.S. Foreign Policy
On the Horizon | What to Watch in 2021
Share on FacebookShare on TwitterShare via Email
SharePrint
Part of the What Does the World Expect of President Biden: Korean Peninsula
Article

The Biden administration will be challenged with the task of reining in a North Korean nuclear and missile arsenal that has grown more threatening. During the extreme ups and downs of the Trump administration’s relationship with North Korea, Pyongyang was able to build more nuclear weapons and improve its ballistic missile capabilities. Its progress has reached a point to which its nuclear-capable missiles now have the ability to reach the United States and undermine the missile defenses of the U.S. and its allies. With the potential for a North Korean provocation ever-present, the new administration may be forced to confront these challenges before it has been able to fully construct a broader Indo-Pacific strategy. The decisions it makes in this crisis will have significant implications for its broader regional strategy.

An Uncertain Path Forward for Pyongyang

Foremost on the minds of Korea watchers at the start of 2021: will Kim Jong Un welcome the new U.S. administration with outreach—or with provocations? Will Pyongyang finally emerge from isolation, or remain sequestered behind its tightly sealed borders and ideology of self-reliance? South Korea’s President Moon Jae-in will aim to draw Pyongyang out of its shell. He continues to seek to fulfill his goal of engaging North Korea before he leaves office in 2022—a quest that poses another challenge for a U.S.- ROK Alliance already under significant strain. January’s Party Congress in Pyongyang will be watched closely for hints about Kim’s priorities on foreign policy as well as domestic directives (particularly on public health and the economy). Washington and Seoul will struggle to find a way forward that allows for continued engagement with Pyongyang, while strengthening the Alliance against the possibility that denuclearization efforts may again fail. 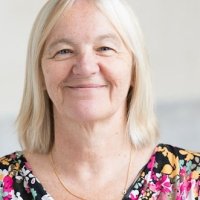