Skip to main content
Support
Explore More
Close
Video
Congress
Will the Impact of COVID-19 on the US Congress Lead to Lasting Change?
19:19
Share on FacebookShare on TwitterShare via Email
SharePrint
Article

By Donald Wolfensberger on February 1, 2019

The State of the Union address has changed in both format and tone over the years. Don Wolfensberger argues here that we should strive to "recapture what the Founders had in mind about presidents recommending such measures to Congress from time to time as may be necessary and expedient."

President Thomas Jefferson broke with a brief but already established precedent in 1801 by refusing to deliver in person the president’s annual message to Congress as presidents George Washington and John Adams had done over the previous 12 years. Instead, he began the practice of submitting a written message to Congress –a precedent followed by his successors for the next 111-years.  Jefferson’s reason for discontinuing the personal appearance?  He thought the president’s speech to Congress smacked too much of the British sovereign’s “speech from the throne” at the opening of parliament, laying out the government’s program for the coming year.

Yes, there was a whiff of partisanship in his decision. Jefferson thought Washington and Adams both demonstrated monarchist tendencies and were pulling their Federalist Party and the nation back into a quasi-regal state with all the pomp and pageantry practiced by their colonial masters.  The Jeffersonian Republicans won the election of 1800 by stressing a more populist theme of returning government to the people while railing against the exalted airs of the Federalists.

Still, the framers of the Constitution obviously had in mind something similar to the British practice by specifying that the president “shall, from time to time give to the Congress information of the State of the Union, and recommend to their consideration such measures as he shall judge necessary and expedient.” But there was no requirement that the president deliver the administration’s proposed legislative agenda in person, or that it be confined to a single document or appearance.

Thomas Jefferson would be dumbfounded and clearly vindicated today upon observing all the extra pomp and puffery surrounding the president’s State of the Union addresses.

That came into clear focus when President Woodrow Wilson, in 1913, resumed the precedent of personal appearances before joint sessions of Congress, not just to deliver his annual message, but some 20 special messages as well over his eight years in office.

While I originally dismissed Jefferson’s objections as an overreaction, I have, since, in a column published elsewhere in 2011, come to the conclusion that he had a legitimate point.  As I put it then, “perhaps I had been so blinded by the pageantry and entertainment value of this annual state ritual that I never clearly saw how much it diminishes Congress.”

This really is the “imperial presidency writ large,” and it gets larger with every passing year.  It began as a simple joint session of the two houses of Congress, but over time seating was added on the House chamber’s floor for Cabinet members, the Supreme Court, the military joint chiefs, foreign ambassadors.  And, in the gallery, were added the president’s picks of citizen heroes seated alongside the first lady.

Meantime, the originally intended recipients of the presidents’ messages, House and Senate members, suffered the increasingly diminished status as backdrop bystanders –attentive, respectful, immobile and mute --until cued to respond at the “pause-for-applause lines.” As I put it in my earlier column, “Collectively…Congress comes across as a supine beast at the feet of its master.”  Thomas Jefferson would be dumbfounded and clearly vindicated today upon observing all the extra pomp and puffery surrounding the president’s State of the Union addresses.

President Trump got a lesson in civics when Speaker Nancy Pelosi (D-Calif.) made clear that the invitation for a president to address Congress in person is at the initiative of the House Speaker, with the concurrence of both houses, and not an entitlement that a president can impose on an unwelcoming House.  He can only be a guest in the people’s House at the invitation of the people’s representatives.

The president originally boasted that the initiative to close the government was his “mantle,” though he later tried to pawn it off on congressional Democrats.  Speaker Pelosi, in return, rescinded her invitation for him to address a joint session until the government was reopened.  In the end, it seemed a fair exchange of hostages –putting government workers back to work in return for indulging a TV president’s prime time glory glow.

Hopefully Congress will now have the good sense to draw the curtain on the prospect of future government shutdowns by enacting a permanent continuing appropriations statute. It should also move future State of the Union Addresses back to 12 o’clock meridian as was the practice prior to 1965.  And finally, it should move all the extraneous Washington dignitaries from the Chamber’s floor to the visitors’ galleries. Only then can we begin to recapture what the Founders had in mind about presidents recommending such measures to Congress from time to time as may be necessary and expedient.

This article was orignally published on The Hill.

Donald R. Wolfensberger is director of the Congress Project at the Woodrow Wilson International Center for Scholars, a position he had held since June 1999. 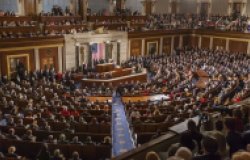 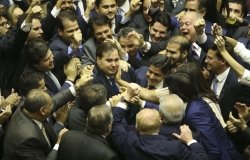 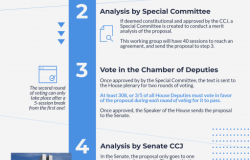 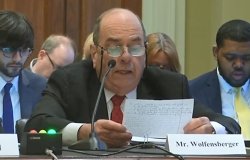 Video
Congress
Congressional Reform: Don Wolfensberger Testifies Before the House Committee on the Modernization of Congress 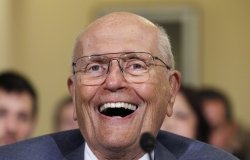 Article
Congress
Remembering John Dingell and His 'Last Words for America'
By Jane Harman on February 12, 2019 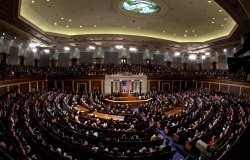 Video
Congress
The Evolving U.S. Congress: From 'Culture of Legislating' to 'Culture of Campaigning'

Article
U.S. Domestic Policy
Statement of Donald R. Wolfensberger Before the Joint Select Committee on Budget and Appropriations Process Reform
By Donald Wolfensberger on May 11, 2018 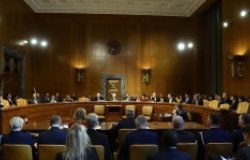