Woodrow Wilson and the State of the Union 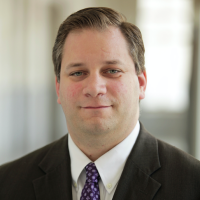 When President Woodrow Wilson took the rostrum before a joint session of the U.S. Congress on December 2, 1913, he reinvented a practice that would become standard for all of his successors.

When President Woodrow Wilson took the rostrum before a joint session of the U.S. Congress on December 2, 1913, he reinvented a practice that would become standard for all of his successors. Since the administration of Thomas Jefferson, presidents had used written reports to fulfill their Constitutional obligation to “give to the Congress Information of the State of the Union.” For various reasons, Jefferson wanted to eschew Washington and Adams’ practice of delivering a speech in person, likening it to Britain’s “speech from the throne.” But Wilson sought to engage the public with a more visible, personal presidency. While there have been some exceptions during the last century, this practice has now become an enduring feature of the Executive Branch’s communications with Congress and citizens.

After a presidential campaign in 1912 that was nearly devoid of foreign policy discussion, Wilson entered the White House and confided to a friend, “It would be an irony of fate if my administration has to deal chiefly with foreign problems, for all my preparation has been in domestic matters.” While Wilson would catalyze a historic period of new domestic-focused legislative activity in his first term, it was clear from his first State of the Union that also he understood the importance of America’s place in the world. Before turning to internal matters, it began with discussion of “a community of interest among nations” and emphasized the development and importance of treaty-based international negotiation.

“There is only one possible standard by which to determine controversies between the United States and other nations, and that is compounded of these two elements: Our own honor and our obligations to the peace of the world,” Wilson said. “A test so compounded ought easily to be made to govern both the establishment of new treaty obligations and the interpretation of those already assumed.”

The importance of negotiation, then, did not preclude military action when deemed necessary. In his State of the Union address, Wilson called on Mexican General Victoriano Huerta, who had seized power from the elected president, to step aside and allow democracy to resume. Before long, Wilson would dispatch troops to take on General Huerta directly. But Wilson, and the United States, would soon view a world engulfed in conflict and upheaval on a scale that few could have imagined.

As the Great War, or World War I, destroyed the peaceful, democratic horizon that he foresaw in 1913, Wilson found himself increasingly at odds with a stalemated Congress on foreign policy issues. While he first endeavored to maintain U.S. neutrality, he would call on Congress to declare war on Germany in 1917. In the aftermath of unprecedented destruction, and with the map of European redrawn, Wilson advanced a vision that would define his international legacy: Inspired by his famous 14 Points (also presented before a joint meeting of Congress), he helped to negotiate the Treaty of Versailles and create the League of Nations. Although the Senate rejected U.S. membership in the League, Wilson received the Nobel Prize for his peacemaking efforts.

Though more than a century of history separates us from the era of Wilson, Congress still disagrees and sometimes grinds to a halt, domestic concerns take precedence or foreign matters steal the show, treaties are reviewed and renewed, dictators threaten, and diplomacy matters. And in that span, the United States has often been looked to as an example. History has also proven that U.S. leaders stand the best chance of crafting sound policy when they have the facts.

For the last 50 years, Congress has authorized the Wilson Center to be a home for unbiased analysis and sound scholarship in Washington. True to the Wilsonian tradition, the Center is dedicated to providing policymakers and the broader public with the most up-to-date, nonpartisan insight available to help make informed decisions in a complex global context. As the Center celebrates its 50th anniversary, it will continue to answer the call of the nation and meet these vital responsibilities to the American people. 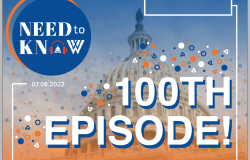 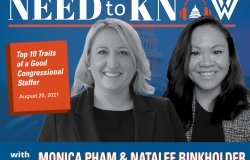 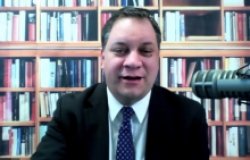