Haitian Migration through the Americas

Disturbing images of Haitian migrants being mistreated by U.S. Border Patrol agents as they attempted to cross the Rio Grande has put the Haitian issue at the center of debate over the U.S. immigration system. The arrival of thousands of Haitians at the U.S. border calls attention to Haiti's chronic political turmoil, economic insecurity, and the impact of natural disasters. In this episode, Latin American Program Fellow Niambi Carter joins us to discuss the root causes of Haitian migration. 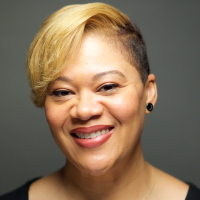