Skip to main content
Support
Explore More
Close
Article
Economics and Globalization
Technology and Supply Chain Resilience: Opportunities for U.S.–Korea Cooperation
By Hyung-Gon Jeong on May 20, 2022
Share on FacebookShare on TwitterShare via Email
Share
Part of the Americas 360 Podcast
Audio

Views from the North: Canada's Role in the Americas during the Age of COVID-19

As Canada looks to restrengthen relations with the United States under the Biden administration and reconsider its role in a Western Hemisphere devastated by COVID-19 and economic disruptions, Pierre Pettigrew, former Minister of Foreign Affairs of Canada, joins our experts to discuss the state of U.S.-Canada relations, the upcoming Summit of the Americas, and the role of Canada in Latin America.

This episode of Americas 360 was produced and edited by Oscar Cruz, Annelise Gilbert, Jacqueline Orr and Olivia Soledad, with the assistance of Taylor Blaisdell, James Chabin, Cecily Fasanella and Jack Little. 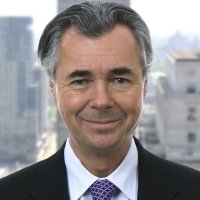