Games Round Up: LGBTQ+ Education 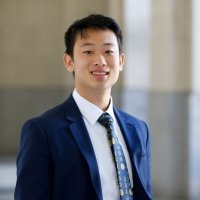 June has seen a refocus on policies pertaining to LGBTQ+ in the workforce, particularly with the recent Supreme Court decision in Bostock v. Clayton Country, Georgia, which ruled that, “Any employer who fires an individual merely for being gay or transgender defies the law,” thus providing protections in the workplace for sex and gender against discrimination.

With this decision, employers may be encouraged to employ training initiatives to curtail these forms of discrimination, while developers may be considering how they can create such trainings. Some topics that these trainings might approach have been applied to education initiatives for LGBTQ+ youth: mental health and systematic prejudice.

First, there are mental health concerns that are specific to the LGBTQ+ community from a young age. Mental health is a serious concern for LGBTQ+ youth. According to the Trevor Project, a 2019 national survey of over 34,000 respondents, 39% of LGBT youth between the ages of 13 and 24 seriously considered attempting suicide (Trevor Project, 2019). According to the Center for Disease Control, mental illness such as depression can interfere with both mental and physical work, and cause the highest health care expenses, even compared to health risks such as smoking and heart disease (CDC, 2019).

Second, representative studies show that potentially 1/3rd of LGBTQ+ individuals have experienced systematic prejudice from a young age (Almeida et. al, 2009). Similarly, this means that employees prior to entering the workforce -- even those not in the LGBTQ+ community -- may have experiences that reinforce prejudices and manifest later within the workforce. Unpacking these experiences could help inform educational initiatives in the workforce.

These are two topic areas that have been broached in digital games, either as part of a commercial game or a game specifically designed for an educational experience. By exploring some of these examples below, we hope to provide background and a starting point for designing educational initiatives in the workforce.

Research has demonstrated that serious games that utilize computerized cognitive behavioral therapy techniques can effectively reduce symptoms of depression and anxiety (Merry et. al, 2012). One game, Rainbow SPARX, was developed in 2012 as an addition to the University of Auckland’s work, already existing SPARX (Smart, Positive, Active, Realistic, X-factor), a digital self-help tool using computerized cognitive behavioural therapy to help youth cope with depression. This work is supported by The National Institute for Health Innovation (NIHI). Rainbow SPARX was designed specifically for sexual minority youth, ages 12-19 and LGBQ. The game features seven modules and in each,  where the player completes mini-games, solves puzzles, and defeats negative thoughts. After each level, a guide explains how to use the skills learned in the game to solve problems in real life as well. After playing Rainbow SPARX, a sample of sexual minority youth ages 13-19 with significant depressive symptoms demonstrated significant reductions in their depressive symptoms after 3 months (Lucassen et. al, 2014). Recent research paralleled these results (Lucassen et. al, 2018).

(SPARX is free for New Zealand residents -- for users outside of New Zealand, contact: support@sparx.org.nz. Available on Web, iOS, and Google Play. Ages 12-19.)

A Closed World was developed in 2011 by students at Singapore-MIT Game Lab, a collaboration between the Government of Singapore and MIT to explore new directions for game development. In this case, A Closed World was developed as part of a research program to address the lack of game content for LGBTQ+ youth. A Closed World takes the aesthetic of a Japanese role playing game (JRPG), where the player plays a character of ambiguous gender must utilize logic, passion, and ethics to address the reactions of demons to a forbidden relationship. The demons impose particular ideals that the player must fight against.
(Free on the Web. Ages recommendation unclear.)

Developed in 2013 by Fullbright and now available across multiple platforms, the critically acclaimedGone Home is a first-person exploration video game where players take control of the fictional 21 year-old Katie Greenbriar who has recently returned home from an overseas trip. When she comes home, she discovers that her parents and sister have abandoned their family house. The player, through Katie, must explore the house and clues her family have left behind explaining their disappearance. Gone Home has been critically acclaimed for tackling LGBTQ+ themes such as familial rejection, providing members of the LGBTQ+ community support, while also adding and adjusting to the perspective of non-LGBTQ+ players (Drouin, 2018).
($14.99. Available on PC/Linux/Mac through Steam, PS4/Xbox One/Nintendo Switch, and iOS. Ages 15+ recommended)

Life is Strange: Before the Storm

Life is Strange: Before the Storm, developed by Deck Nine and published by Square Enix, is a third-person episodic graphic adventure where the player assumes the role of a sixteen year old girl named Chloe, exploring her life as an outsider in her high school during the last days of her relationship with her best friend, Rachel. Though film and literature tell stories, only games allow the player to control the characters within their narratives, allowing the player to fully empathize with and/or learn about perspectives outside of their own. Life is Strange: Before the Storm is an multi- award-winning example of building an empathetic narrative through games, with the playable characters experiencing loss, facing bullying, and struggling with mental/emotional health. This kind of empathetic experience can serve provide an example for future educational tools that may follow aiming to introduce players to occupational and institutional discrimination.
($16.99. Available on PC/Linux/Mac through Steam, PS4/Xbox One, and Android/iOS. Ages 17+ recommended)

There is a lot to be said for walking a mile in someone’s shoes. Queerskins: A VR Experience is a virtual reality experience in which players take a seat behind two grieving parents who have just lost their son to AIDS as they drive down a county road in Missouri. The players are able to interact with the son’s possessions, photographs, and diary, to understand the man who has passed. Among other awards, Queerskins won a Peabody Futures of Media Transmedia award for its use of immersive technology to represent diverse perspectives.
(Free. Available on PC and Oculus Rift. Ages 16+ recommended.)

What would you add? Let us know @WilsonSTIP on Twitter.

This is a sample of games. We have not vetted all of these games, but have in some cases relied on reviews and publications surrounding the games. Being included on this list is not an act of endorsement by the Wilson Center, Science and Technology Innovation Program, or Serious Games Initiative. This post is intended for educational purposes only.