Humberto Laudares is a public entrepreneur and co-founder of several movements to influence public policy and promote civic engagement in Brazil, including most recently the movement Agora! He holds bachelor degrees from the University of São Paulo and the Fundação Getúlio Vargas, an MPA from Columbia University, and a Ph.D in Economics from the Graduate Institute of International and Development Studies in Geneva. He spoke with the Brazil Institute in July 2017.

To start, could you tell us about your movement, Agora!, including its objectives and how it hopes to change the political situation in Brazil?

Agora! is a new movement, [and is] still in its formative phase. It is a generational movement that tries to impact the public agenda through society. Our objective is to modernize Brazil, including Brazilian politics, in order to improve people’s lives. The movement is centered around three objectives: to make Brazil more simple, humane, and sustainable. Simple means simplifying state bureaucracies to improve investment and public services delivery; more humane means reducing poverty and inequities, including in public security since Brazil is one of the most violent countries in the world; and more sustainable means promoting an environmental agenda that recognizes Brazil‘s diverse ecosystem and abundant resources, and holds Brazilians and the world accountable for their responsibility to ensure collective well-being.

In terms of action, our focus is not only trying to get people elected; but we also hope to have an impact on public policy and broaden political action. Sometimes, people from the private or non-profit sectors can influence the public agenda, although we can also work with those who are already in government and or are considering [running for] elected office. Nonetheless, one of our commitments is that members must, at some point, work in the public sector; it can be in a technical position, as an [elected] representative, etc.

My entire career has been in the public sector, both national and international, but few of my peers have chosen this path. The crisis in Brazil, however, has awakened my generation. As a generational movement, Agora! has members up to the age of 45 from diverse areas of expertise who have noticed that something in this country is not working anymore and we must do something about it. We must join forces and act directly in the public’s interest. The moment is now. We cannot wait another minute. The current situation is almost catastrophic, not merely from a political perspective, but also from a perspective that takes into account the coming years and decades. We do not know if this is an inflection point [that will lead to more change] or a question mark [that will lead to further confusion]. We can use this moment of uncertainty to create a meaningful impact.

Does Agora! have any current connections to political parties? Will you or other members run for political office?

To answer the first part of the question: we have no formal relationship with any political party.

I previously founded a movement, Onda Azul [Blue Wave], which attempted to work with the Brazilian Social Democracy Party (PSDB). We shared an ideological base, but [Onda Azul] also had a reformist agenda. We tried [to negotiate] a formal affiliation with the PSDB, but our proposal included various changes that generated heated debate. The Brazilian party structure is very archaic and rarely inclusive. In the end, the party’s president did not want to accept our proposals, so we had to withdraw our request for affiliation.

It is difficult for any movement to work with a party. We see today in Congress that the parties are quite literally scared of reform because it might mean that they lose some power. It is not coincidence that the people in leadership are the same people who helped write the 1988 Constitution and have stuck around ever since. Parties are not political institutions; they are spheres of private power. Yet they nonetheless receive public money, and should serve the public. This a serious issue in Brazil.

That being said, movements like Agora! need parties in order to put forward candidates.

We don’t know yet who will run [in 2018], or if any of us will be running. My impression is that Congress tries to consolidate the power of parties that are more hesitant to support innovation and reform. Thus the most obvious potential partners for these movements are smaller parties that might be more open to new voices and reformist discussions. On that note, smaller parties can be either on the right or the left. It’s up to the individual to decide which party they might run with. There’s also a geographic calculation involved, since some parties are present or more popular certain states. As a result, is likely that, should candidates affiliated with Agora! run for office, they would be divided [among ideologically different parties]. Agora! is not a monolith.

Among the smaller parties, I would highlight the Partido Novo on the right, with its very market-oriented approached; the centrist group Livres; and groups from the new generation that possess socially liberal values but free-market ideals such as Rede. Popular Socialist Party (PPS) has been considered as well. These are the most obvious ones.

The choice to run, though, is an individual one. If you run by yourself and show up to Congress alone, you will do nothing because you’re in a new environment without allies. If you don’t have a group of people with a convergent agenda in Congress, your impact tends to be low. Or you perform your mandate targeting only social media, but with inexistent legislative role, you get people like Bolsonaro, who is very active on social media but does nothing in Congress. This is an option, but I don’t think it will improve Brazilian democracy.

How does Agora! seek to enlarge the influence of small parties in a system where larger parties obviously have more power?

In truth, as the movement grows, so too does its impact on public opinion. In electing candidates through established parties, you are strengthening the parties, so the party wins. But these parties also enable candidates to run, so it’s mutually beneficial.

We can strengthen the parties that already exist (Brazil has 34 operating political parties) and take advantage of the opportunities offered by parties open to change. But this is not the immediate agenda of the movement.

You mentioned deciding to run for office would be a personal choice. If someone from Agora! wants to run as a candidate of one of the more established parties, how would your movement react?

The decision of which party to join is not only a decision that varies by state, but also by individuals. Personally, I do not see any problem of members who want to run as part of one of the larger parties – in fact, it would be great if the bigger parties modernized and were interested in reform. It’s not a question of partisanship. It’s a question of reforming the agenda. Agora, at least, is diverse. I imagine we would have a pot-pourri of parties if people were to run. The party question is a detail in this process, but it is not our driving force.

We saw that your movement had a conversation with the campaign manager of President Macron of France, who ran with the successful new EnMarche! Party. What did you gain from that conversation?

The conversation was great. Macron is innovative, and he was tired of the old polarization in France that we also see in Brazil. He has integrated liberal economic reform with a globalist perspective and more open socially liberal values. And that is what we’ve championed, too.

Another lesson learned is that he listens. He went around the country and listened to people, and that’s part of our plan. We have launched this type of listening initiative. Speaking with him helped us understand what worked well. One thing we noticed that worked really well was finances. It is impossible to run a movement without the financial resources to mobilize people, volunteers, analyze data, communicate decently, etc. Macron did this well. It was a marriage between a globalized view and the ability to listen to people.

In France’s case, this launched a presidential candidacy. This would be difficult in Brazil, especially given the country’s size. Macron was also Minister of the Economy, Industry, and Digital Affairs. It was a great conversation, and we learned a lot. In a way, we left an open channel for further dialogue. 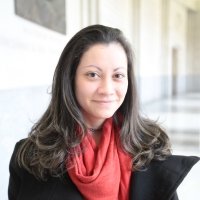 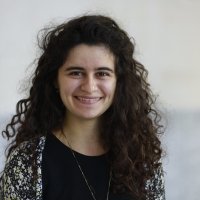 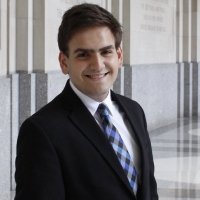 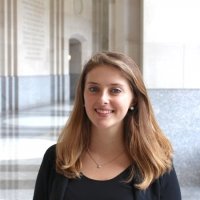