Iraq: A Carte Blanche for GBV 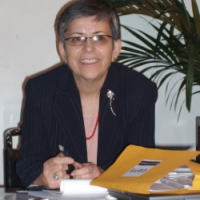 Violence against women, particularly sexual violence, is rooted in the patriarchal social structure and traditions and enabled by weak laws and judiciary that allows GBV to continue with impunity.

Political instability in Iraq and the increase in armed conflicts over decades have had very negative social consequences, particularly on the status of women.

Violence against women, particularly sexual violence, is rooted in the patriarchal social structure and traditions and enabled by weak laws and judiciary that allows GBV to continue with impunity. This is reinforced by a lack of institutional, community and family support, and the prevalence of a “culture of silence” amongst women and girls who fear the stigma of being a victim of sexual violence and repercussions of reporting their abusers. As a result, GBV has remained largely invisible, leading to its aggravating persistence.

In 2020, we witnessed the worsening of domestic violence due to the outbreak of the COVID-19 pandemic and the lock-down measures imposed. This led to a general and serious deterioration in citizens' living standards, food insecurity, unemployment, and denial of basic needs which fuelled negative emotions often leading to violence. Murder, rape, suicide and sexual assault have been committed against women and children, becoming a public opinion issue. It was right when a mother of one victim described it as a family terrorism.

Civil society organizations like ours play an important role in raising awareness on human rights, gender equality, social justice, and highlighting the role of women in decision-making positions, security and peace-building. We have also underlined the suffering of Iraqi women in armed conflicts, particularly ISIS’ systematic policy of targeting women's bodies to tear at the diverse social fabric and force minorities, especially Yazidis and Christians, to seek safety outside the country.

In the current situation, we are intensifying an advocacy campaign to enact the Domestic Violence Bill, over a decade in the making, chanting the slogan “from peace at home to peace in society”. We are launching a community support campaign to address domestic violence crimes and to put pressure on parliament to adopt legislation.

We are also working with law enforcement agencies by training their staff on GBV to increase their effectiveness in dealing with cases of domestic abuse.

This year, we have launched the mapping report on Sexual and GBV in Iraq 2003-2018, which was developed by Iraqi Al-Amal Association, Impunity Watch and PAX. The report is part of a broader project entitled “Engendering the Transition to Peace and Security in Iraq” funded by the Dutch Ministry of Foreign Affairs.

In addition, since the outbreak of protest demonstrations on October 2019, we have documented the killing of six female demonstrators and activists in different provinces. The latest was Dr. Reham Jacob in Basra in August 2020. Plus, many demonstrators encountered assassination attempts, death threats, abduction, or sexual assault. Many activists went into hiding to keep themselves and their loved ones safe.

Due to the influence of militias in the political and security apparatus and the spread of corruption in Iraq, women’s rights defenders, activists and journalists lack basic legal and social protections. We are seriously concerned about the impunity of death threats, abductions, sexual assault, intimidation, online harassment, and smear campaigns against them. We call on the international community to exert pressure on the Iraqi government to adhere to justice, accountability, and transparency through effective investigations of these crimes. Without protections for activists and civil society leaders, Iraq will never move forward on ending GBV.