Technology and Entrepreneurship Pave the Way for MENA Women 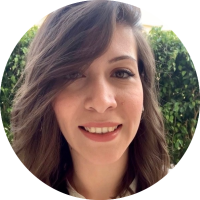 This deep understanding of consumers’ needs empowers women, giving them the upper hand in our 21st century human-centric economy.

I grew up in a world where social expectations portrayed women primarily as an eventual caregiver. Girls were supposed to grow up to be good mothers and good housewives. Achieving a successful career, financial independence, and becoming the household’s primary breadwinner were considered either secondary luxuries or outright taboos. Sure, females had access to education, but it was highly dependent on their families’ income level. There were opportunities to work, but women always incurred a significant pay gap from their male counterparts. Ultimately, the expectation was to become wives and mothers.

This superficial view of women, however, did not entirely match reality. Women have always been an integral component of the economy everywhere. They ploughed the fields, worked the factories, staffed successful companies, and some even led family business empires. Mind you, only a few were lucky enough to grow up in an environment where they were truly encouraged to pursue their educational and professional ambitions. The vast majority were pushed to undertake low paying jobs to support their families (and surprisingly often as the sole supporter).

Since the turn of the century, technology has disrupted most industries. Historically male-dominated sectors such as oil and gas became counterbalanced by the more accessible renewable energy sector, leading to innovative women entrepreneurs like Palestine’s Majd Mashharawi. Remote work platforms like Upwork or Fiverr allow educated females to secure an income stream no matter where they live. YouTube, Facebook, and later Instagram and TikTok, provide a much-needed bridge to the world and, and even serve as a resource to build new skills. And the unprecedented communication flow across the globe has helped shift the culture down a more equitable path. For example, this connectivity empowers many previously financially dependent women to build their own businesses. It also helps stay-at-home moms creatively express their identities, needs, and interests through online communities and business platforms that serve them.

Women today have achieved enormous progress in the opportunity to pursue and realize their potential. Now, they can enjoy the drift racing of Noor Dawood, or read about Nora Al-Matroushi training to become an astronaut – two careers that would have been mere dreams for women 20 years ago. Arab women-led brands such as Azza Fahmy, Huda Beauty, and Yeya Couture, have emerged on the global stage and inspired women to follow their passion and break new grounds.

Women are not only half of the potential workforce, but also bring a unique perspective to the table. They are experts on the challenges, habits, and desires of consumers. After all, they are still the mothers, and most often the cooks, and primary caregivers in almost every household in the region; a superpower that is slowly getting recognized by businesses. That’s why specific jobs are becoming dominated by females, like sales, marketing, and customer relations. This deep understanding of consumers’ needs empowers women, giving them the upper hand in our 21st century human-centric economy.

This is a unique point in history we are witnessing. If anything, it makes me hopeful that the years-long effort is materializing to unleash half the society of MENA and ultimately the world. Technology and entrepreneurship are coming together to unleash the power of a highly motivated and empowered next generation of disruptors. But most important of all, we ladies have never been more ready for it.