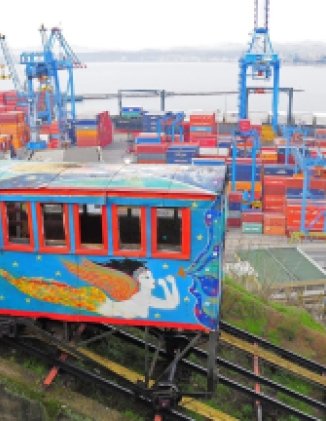 In the second essay in a new Wilson Center series on “medical diplomacy” in Latin America, the region hardest hit by COVID-19, Jorge Heine, Chile’s former ambassador in Beijing, examines China’s changing relationship with Latin America and the impacts of the pandemic on China-Latin America ties.

In his article, “Early Glimpses of Post-Pandemic China-Latin America Relations,” Heine, a professor at Boston University, observes an increasing reliance in Latin America on China, the world’s only major economy that has returned to growth. In July, Chile’s exports to China expanded by 25 percent compared to the same period the year before, while its exports to the United States fell by 14 percent. The rapid rebound in China is not only good news for Chile; China is also the top trading partner for Brazil, Chile, Peru, and Uruguay. These deepening economic ties should produce closer diplomatic relationships, Heine says, but “tensions between the United States and China stand in the way of further progress in China-Latin America relations.” Though trade will continue expanding, Chinese investment is increasingly under a microscope. Under U.S. pressure, for example, Chile scuttled a planned fiber optic cable from Valparaíso and Shanghai, opting instead for a digital connection to Australia. For Latin America, where Heine recommends a policy of “active non-alignment” to best navigate the United States-China rivalry, a reduction of Chinese capital threatens to slow the region’s economic recovery.

Future reports in this series, sponsored by the Wilson Center’s Latin American Program and Kissinger Institute on China and the United States, will look at the U.S. and Taiwanese pandemic responses in Latin America, and Chinese “soft power” in the region. For more information on “medical diplomacy” in Latin America, and to read previous articles in this series, please visit our interactive “medical diplomacy” tracker and COVID-19 portal.