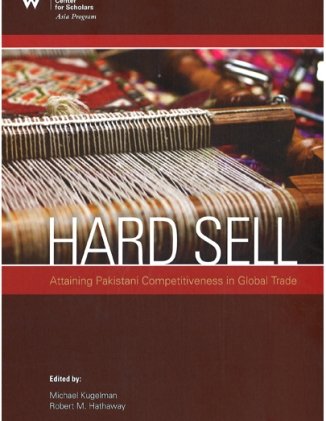 In November 2007, President Pervez Musharraf declared a state of emergency in Pakistan, plunging the country deeper into political crisis. While most of his justifications for this action were based on national security considerations, it is often forgotten that he also gave an economic rationale. In his address to the nation explaining his decision, he warned that terrorism, extremism, “demoralized” law enforcement agencies, and “interference” in the democratic system “have unfortunately had an impact on the economic situation of the country and there has been a change in our move forward towards prosperity.” Invoking emergency rule, he explained, “was the easiest way” to ensure that economic progress continued “unabated.” Perhaps Musharraf was speaking sincerely. Or perhaps he was exploiting Pakistanis’ worries about the economy—which had surfaced in polls before his declaration of emergency—in an effort to mask his real reasons for imposing emergency rule. Yet regardless of his true intentions, Musharraf’s public comments about alleged threats to the economy underscore the salience of economic matters in Pakistan—even during periods of political volatility. One economic issue that has been on Islamabad’s front burner—and will presumably remain so for the foreseeable future, no matter who governs the country—is trade. This concern about trade is fueled by the pressure Pakistan’s robust economic growth has put on the country to boost its exports. Gross domestic product (GDP) growth has averaged 7 percent since 2002, while per capita income has increased by around 5 percent per year— the highest rate in Pakistan’s history. The growing economy has triggered increased demand for imports, particularly oil, machinery, and raw materials for textiles. Pakistan’s exports, however, have not kept up with this surge in imports. The result has been a trade deficit that reached nearly $10 billion during the first nine months of fiscal year 2006-07—a 15 percent increase from the same period of FY 2005-06. By the end of FY 2006-07, Pakistan had imported about $13.5 billion more than it had exported.2 Perhaps not coincidentally, Pakistan’s government has accelerated its export-driven trade policy. In March 2007, Islamabad announced “Export Plan Pakistan,” an effort to increase annual export revenues to $45 billion by 2013—almost $30 billion more than Pakistan exported in FY 2006-07. Embracing an export-intensive trade regime raises key questions: How will Pakistan make its exports competitive? What range of exports will Pakistan emphasize? And how and where will it seek new export markets? In an effort to examine these and other questions, the Woodrow Wilson Center’s Pakistan Program convened a day-long conference on Pakistani trade issues in June 2007. Most of the essays that appear in these pages were prepared for this conference. Several others, which focus on the broader impacts of trade liberalization in Pakistan, were written after the event.