Skip to main content
Support
Explore More
Close
Publication
Economics and Globalization
Reaching Across the Pacific: Latin America and Asia in the New Century (No. 33)
Share on FacebookShare on TwitterShare via Email
Share
Part of the Trade and Economics
Publication

The Pacific Alliance, formed in 2012 by Chile, Colombia, Mexico, and Peru, represents one of the most ambitious processes of regional economic integration in decades. The four Alliance countries have Latin America’s most competitive and open economies.  In only two years, the Pacific Alliance members have achieved remarkable progress, integrating their stock markets, lowering trade barriers, and eliminating visas among member countries.

That said, a new study commissioned by the Latin American Program and authored by Adrián Blanco demonstrates that levels of trade and investment among Pacific Alliance countries remain low, superseded by member countries’ economic relationships with the United States, China, the European Union, and the countries of MERCOSUR.  To deepen and accelerate the process of integration among Alliance members, the study argues for additional public policies in the areas of infrastructure and logistics development, education and human capital formation, and the creation of production clusters.

The report (in Spanish) is available for download below. 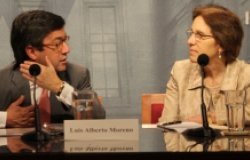 Event
Economics and Globalization
Reaching Across the Pacific: Latin America and Asia in the New Century
On June 20, 2013 at 8:45 – 1:00

Article
Trade and Development
Amidst Crises at Home, Mexico Should Deepen Cooperation with the United States
By Christopher Wilson on January 5, 2015 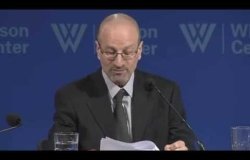 Event
Governance
Reshaping the Investor-State Dispute Settlement System: Journeys for the 21st Century
On February 26, 2015 at 9:00 – 10:30