TPP, the NAFTA Countries, and the Integration of the Americas 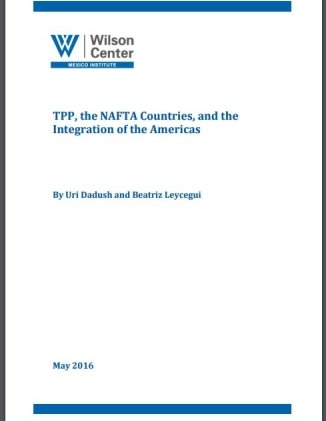 While the three North American countries, Canada, Mexico, and the United States, together acccount for a large share of TPP GDP and intra-TPP trade, their trade is also already governed by NAFTA. Though NAFTA is a far-reaching and long-standing mega-regional agreement, there is a large unfinished agenda in the integration of the North American economy, a gap which TPP could help fill.

The paper also examines the motivation of NAFTA countries in joining TPP as well as the additionality of market access commitments, followed by an assessment of how the rules negotiated in TPP modify pre-existing NAFTA commitments. Finally, the paper briefly considers how TPP might help promote other crucial interests of the NAFTA countries, including integration in North and South America, and the vitality of the WTO.