United States Policy and the Kurdistan Referendum: Compounding the Problem Iraqi Kurds want their independence. Even before the referendum results were announced, we knew a majority of Kurds had voted for it; the only real question was which position would be taken by the minorities living in Kirkuk and other disputed territories. Not surprisingly, Iraq and other countries with Kurdish minorities—Turkey, Syria, and Iran – have condemned the referendum, fearing it will encourage their Kurds to follow the example. The United States, whose interests are not directly affected by the fate of Kurdistan, has been equally vociferous in its condemnation, predicting it will create instability and undermine the fight against ISIS, now in its final and crucial phase. U.S. rejection has encouraged many other countries to join in a veritable chorus of condemnation, with only Israel, always seeking regional, non-Arab allies, supporting the Kurds’ decision to hold the referendum.

And yet, it would be foolish to expect that the Kurds will give up a goal they have pursued for several generations, no matter the level of international condemnation. Without entering into a thorny legal, political, and moral debate concerning who has a right to self-determination and an independent country of their own, the evidence is overwhelming that the Kurds will not give up their aspirations to please the United States or anybody else. The U.S. policy of rejecting the referendum as forcefully as it did is thus bad policy and bound to fail. Worse, the U.S. warning that the referendum will hamper the war against the ISIS caliphate and create conflict with neighboring countries and with non-Kurdish minorities internally is becoming a self-fulfilling prophecy.

Washington’s rejection of a referendum is based on a mixture of long-standing aversion to the formation of new states, irrelevant legal arguments, the faux unity of Iraq, and a policy in the region so fixated on the defeat of the ISIS caliphate that it risks undermining U.S. influence in the post-ISIS phase.

Of course, the United States does not have to support the independence of Kurdistan. In fact, it would be better if it maintained a neutral position on an issue that can only be decided domestically in Iraq. While it is callous for Washington to oppose what Iraqi Kurds have demanded for generations, despite the crucial role the Kurds played in stopping ISIS’ advance in 2014 and the help they provided the United States in the battle against the caliphate, it is the U.S. prerogative to do so. U.S. policy must be based on U.S. interests, not on Kurdish demands. But by rejecting the referendum in an uncompromising and inflammatory manner, the United States is working against its own interests: it is not bringing the Kurdish issue closer to a solution, but is instead contributing to the strife that will certainly follow the demise of the ISIS caliphate.

Washington has warned that the referendum will hamper the fight against ISIS, but it has also ensured such an outcome. On the eve of the referendum, Washington did not discourage the Iraqi government, which is heavily dependent on U.S. airpower for all its operations, from launching the final assault on Hawija, one of the last ISIS strongholds adjacent to Kirkuk. The Kurdish pesh merga had announced it would be ready to join in the fight the day after the referendum, but it was deliberately left out when the assault started earlier, a decision that will weaken anti-ISIS forces. Missing another opportunity to decrease tensions, Washington pressured Erbil to renounce the referendum and enter into negotiations with Baghdad, but did not pressure Baghdad to do the same. And while declaring the referendum unconstitutional, it did not say anything about the implementation of the referendum on Kirkuk mandated by Article 140 of the Iraqi constitution, undermining Washington’s concern for constitutionality.

Washington created a self-fulfilling prophecy with its warning that the referendum would increase tensions with Turkey, Iran, and Syria. Iran decided to terminate flights into Kurdistan, partially closed its border with Turkey, and threatened to also terminate flights into Turkey. Washington greeted each step with a kind of “we told you so” shrug rather than a warning about the need for restraint.

And while fretting about the potentially dire fate of non-Kurdish minorities in an independent Kurdistan, Washington missed the opportunity to warn the Kurds about their duty to respect the rights of all.

The United States’ interest in post-caliphate Iraq should be to see the country settle down in some fashion; it should not be to impose a particular solution it cannot enforce. The future of Kurdistan is only one of the critical questions Iraq faces, but it is also one question on which the United States could have a positive impact because Kurds are the most pro-American segment of the Iraqi population. With the referendum’s results, Baghdad and Erbil will have to enter into negotiations. U.S. interests would be best protected if it maintained neutrality and acted as an honest, and hopefully effective, broker between the two sides. Desirable or not, the referendum is a fait accompli. The challenge now is to decrease rather than aggravate the tensions it has caused. 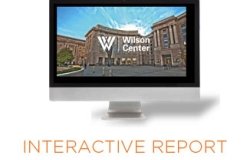