Fellows and staff from the Wilson Center’s Canada and Mexico Institutes comment on the first North American Leaders Summit since 2016, hosted by President Biden on November 18th, 2021.

Global Fellow, Canada Institute and Mexico Institute; Assistant Secretary for International Affairs and Chief Diplomatic Officer for the U.S. Department of Homeland Security (DHS) Office of Policy, and Vice President of INTERPOL for the Americas Region.

Like a tree that fell in the forest without being heard, North America emerged as a reality before the idea of it was articulated by Robert Pastor, let alone acknowledged by its component countries.

Unlike the European Union, which has been government-driven, North America has evolved in spite of government inaction. The complex symbiotic Mexico-U.S.-Canada relationship has arisen principally through the trilateral business community’s creation of a shared continental production platform: we do not trade with one another; we make things together.

Official cooperative action, such has occurred, has been carried on -- notwithstanding previous intermittent, ineffectual NALS—in parallel bilateral fashion. North America has reached the stage, however, where three-way government coordination is genuinely needed—if nothing else preliminarily to mitigate the cross-border inefficiencies occasioned by an existing regulatory tower of babel.

For this to happen, North America requires the Privy Council, Los Pinos and the Executive Office of the President to create a trilateral standing committee that operates continuously to establish and oversee a viable trilateral agenda with the heft and sustainability it deserves. (Even Santa Claus has a post office box at the North Pole to engage with those who believe in him.)

Protectionism has been a major test for Canada-U.S. relations in recent years. While U.S. and Canadian leaders have a mandate to create jobs in their respective countries, the temptation of some to exaggerate the negative effects of Canada-U.S. trade is troubling. Hopefully, the discussions between President Biden and Prime Minister Trudeau this week will not only reaffirm the benefits of economic collaboration between the two countries, but also present a concrete plan for Canada and the U.S. to work together on economic recovery, especially in an environment where bilateral trade disputes risk slowing down North American economies rather than helping them remain competitive with powers like China.

The Three Amigos: Who Helps Whom?

Thanks to Mexican and Central American immigrants, the United States has taken advantage of a younger labor force vis-à-vis the European and East Asian blocs. Many of these workers were deemed essential during the Covid19 pandemic.

Furthermore, a partnership with the peoples of southeastern Mexico, Guatemala, El Salvador and Honduras, should foster a human security approach to make the region livable.

North America’s leaders were long called the “Three Amigos”. As Joe Biden, Justin Trudeau and Andres Manuel Lopez Obrador hold the first Leaders’ Summit in five years, they look more like the “Three Vecinos” – neighbors, but not close friends. The USMCA negotiation left its scars while frictions from trade to energy policy drive further wedges today. The United States, Canada and Mexico need to advance shared projects in which trilateralism is more beneficial to all than dual bilateralism. The 2021 Summit provides an opportunity to begin substantively demonstrating that North America is more than just a trade deal.

As we reflect on Covid’s impact on the economies of both countries, security of supply chains should be discussed.  Last week, the US Geological Survey released a list of proposed critical minerals it deems essential to the US economy and national security.  The list is part of the effort to understand vulnerability to disruption in supply chains.  Canada is already a supplier of many of these (and a potential supplier of more) with plans for processing and manufacturing.  Given this context, it would be good timing to discuss the impact of Buy America provisions on the critical minerals supply chain.

The NALS represents a key opportunity to redefine North American countries’ responses towards Central American migration and to move from a defensive and securitized approach to one focused on human security and on the institutional, economic, and environmental roots of migration. The US, Mexico, and Canada have pledged to work towards the latter approach, but this shift and its results will take time. In the short term, an outstanding and pressing issue refers to the de-escalation of militarized responses and of military presence in these countries’ borders. North American countries should firmly commit to a principle of no-harm and take decisive steps to guarantee the material and physical integrity of Central American migrants from criminal and state-led violence.

After a troubled four-year hiatus, it is encouraging to see the Biden Administration continue its rebuilding and relaunching of bilateral and trilateral frameworks that underpin relations in North America. Nonetheless, lack of strategic vision and appetite continue to bedevil North American ties, and Washington, Ottawa and Mexico City are all to blame. While the list of regional issues that need to be addressed is indeed long, the 800-pound gorilla in the room during the NALS will undoubtedly be US recalibration of its relationship with China. If the summit can ensure that US policymakers in particular understand the crucial role that Canada and Mexico need to play in Washington’s new strategic paradigm vis-à-vis Beijing, it will have started the ball rolling in the right direction. 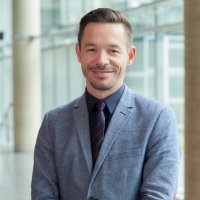 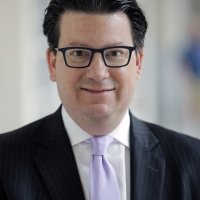 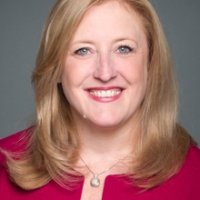 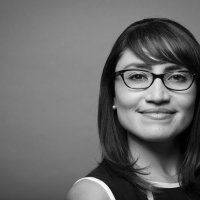 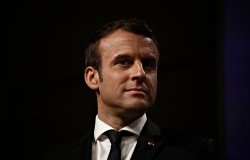