Below are some of the political movements that have emerged in Brazil in recent years, each interacting with the political process in a unique way. Some hope to participate in the electoral process, while others seek to mobilize actors outside the public sector. The list is not an exhaustive representation of the breadth and diversity of these movements, but rather a sampling of voices outside traditional political parties but eager to participate and shape the future of Brazilian public policy.

The list, arranged alphabetically, is a continous work-in-progress and will be expanded and adapted as movements develop. If you would like to propose a movement for inclusion on InoVozes, please email Anna.Prusa@wilsoncenter.org.

Acredito’s mission is the renewal of Brazilian politics—principles, practices, and people—in order to work toward a more just, equitable, and prosperous country. The group, officially launched in April 2017, was created by Guilherme Leal, the vice presidential candidate under Marina Silva in 2010. Its leaders include Professor Felipe Oriá, consultant José Frederico Lyra, and researcher Tabata Amaral. In the 2018 general elections, three supported candidates who had never held or run for office were elected, two as Federal Deputies and one as a Senator. Their primary mission is to promote political reform and ethics.

For more information on Acredito:

Rather than work as a political party, Agora!—which is composed of young professionals, aged 30 to 45—promotes a public policy agenda that centers on making Brazil more “humane, simple, and sustainable.” Their proposals include greater equity in campaign financing and electoral law reform that would allow for independent candidates to run for office. Agora! promotes inclusive dialogue in a polarized landscape dominated by the old political elite, in which the same politicians have been running for office since Brazil’s adoption of the post-dictatorship 1988 Constitution.

For more information on Agora!: 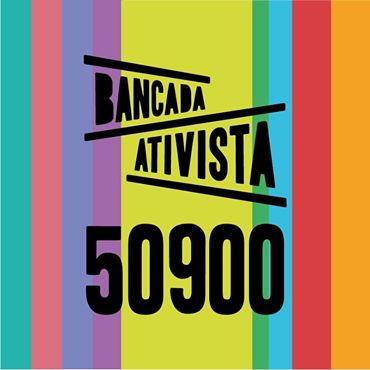 Bancada Ativista’s mission is focused on assisting activists in their electoral campaigns to the municipal and state governments of São Paulo in order to promote social, economic, political, and environmental reform.

Created in 2016, Bancada Ativista is a supra-political movement rather than a political party, and thus lacks a traditional party’s bureaucracy. Nonetheless, Bancada Ativista offers the candidates it endorses similar support structures to those found in political parties. For example, it provides activists with a support network as well as legal counseling and media training.

Unlike other movements, Bancada Ativista does endorse certain political candidates, including some already affiliated with parties such as the Sustainability Network (REDE) of former presidential candidate Marina Silva and the Socialism and Liberty Party (PSOL). The group selects candidates to support based on compatibility with Bancada Ativista’s core values, including:

Of the eight candidates the group supported in 2016, one woman, Sâmia Bomfim was elected to the city council of São Paulo under PSOL.

An additional nine candidates were elected to the state legislature in 2018.

Created in 2016, Frente Favela Brasil (Favela Front Brazil) is a grassroots political party, which advocates for the “recognition of the dignity of black persons, of favela dwellers, and of the rural and urban poor through increased representation in politics.”

As a self-declared “post-ideological” party, Frente Favela strives to insert Brazil’s marginalized populations into broader policy making discussions, and to promote solutions to the issues commonly faced by these communities in particular. It seeks equal opportunity for poor Brazilians, Afro-Brazilians, and traditional populations as well as the rectification of social and systemic disparities and biases that date back to slavery in Brazil. Frente Favela has also pledged to channel 50 percent of its elected candidates’ earnings to a foundation, which will finance social projects in Brazil’s more than 15 thousand favelas.

Frente Favela Brasil is currently in the signature-collecting phase of its registration as a political party, which it began in August 2017. However, the party fielded 28 candidates from across the country in 2018, primarily in state and federal legislative elections, through eight different existing parties.

Founded in 2014, the Movimento Brasil Livre (Free Brazil Movement, or MBL) is a non-profit organization that aims to “mobilize citizens toward a freer, more just, and more prosperous society.”

Engaging both through protests and campaigns for public office, MBL’s policy agenda covers a wide variety of issues, from education, health, and sustainability to political, economic, and criminal justice reform. Its main objectives are to promote “a free and independent press, a free-market economy, the separation of powers, free and fair elections, and an end to direct and indirect subsidies paid to dictatorial regimes.” It currently counts among its members one federal congressman and seven city councilmen, all from a variety of parties including the Brazilian Social Democracy Party, the Democrats Party, the Brazilian Republican Party, and the Green Party.

The movement has ties to similar political groups in the United States, including the Atlas Network’s Students for Liberty, which received funding from Charles Koch and trains advocates in order to spread free-market ideals.

First, they propose the regular turnover of party leadership to prevent undue accumulation of power, including a biannual “changing of the guard” for party leadership positions at all levels, with half of the spots filled by a lottery of interested members and the other half chosen by secret ballots in direct elections. Second, they encourage parties to publish daily their internal accounting records, including any links to other associations and entities as well as the explicit release of the origins and destinations of financial resources. Third, they stress the need for a mandatory ethics committee or commission with at least five members chosen randomly from those who have demonstrated interest. And fourth, they have proposed that parties allow for annual auditing by external, independent, and reputable businesses contracted for a two-year span.

These proposals form the foundation of Transparência Partidária’s “project for a national law for the transparency of parties.”  Their petition, launched through an application called “Mudamos,” had garnered almost 40,000 signatures as of July 11, 2017.

For more information on Transparência Partidária: 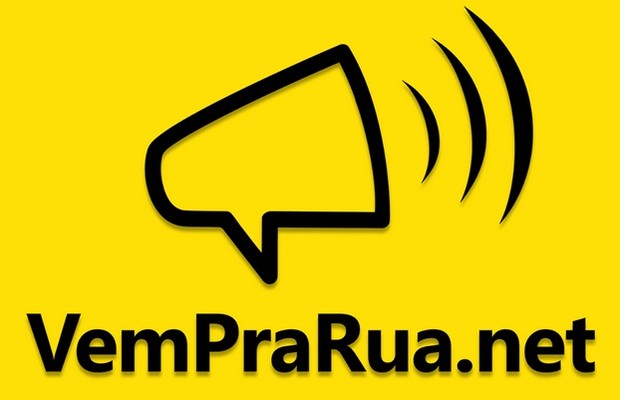 Vem Pra Rua (Come to the Streets) seeks a corruption-free Brazil, ethical politics, and an efficient state government, fighting against threats of injustice, incompetence, and authoritarianism.

Vem Pra Rua is a nonpartisan, democratic, and pluralist movement that emerged in response to society’s fight for a better Brazil. Brazilians of all regions, social classes, and ages began mobilizing at the end of 2014—building on the 2013 marches that protested corruption, inequality, and other socio-economic and political problems.

Vem Pra Rua’s protests during 2015 drew record crowds, including what is considered the largest mobilization of citizens since the country’s return to democracy in the 1980s. In particular, the month of March saw protests happen across the country, including in the Federal District of Brasília, the capital, after former President Dilma Rousseff invited her predecessor, President Lula, to serve as Chief of Staff.

Following Rousseff’s impeachment in 2016, Vem Pra Rua continued to protest corruption and other forms of law-breaking by politicians. They argue that “a just society cannot tolerate impunity for the powerful.”

Nova Democracia (New Democracy) is an initiative comprised of citizens, groups, and organizations who work to defend and reinvigorate democratic processes in Brazil.

With the understanding that the old system in Brazil is overdue for change, Nova Democracia hopes to provide the conditions necessary for a pluralist society with open institutions, new actors, a reformed public agenda, and leveled playing fields for just, dynamic, and sustainable development. They believe Brazil must reduce its party fragmentation, undue the established lines of party support, and clean up electoral finances, all with the intent of creating a more open and new democracy.

Their core goals are the following:

For more information on Nova Democracia:

Quero Prévias (We Want Primaries) advocates for primary elections for parties. Unlike in the United States, Brazilian political parties do not typically run primaries where the population can vote for each party’s presidential nominee. Instead, parties select their own candidates internally and then try to gain support from other parties to form coalitions. Members of Quero Prévias encourage giving the Brazilian public a larger stake in selecting candidates.

Claiming that the parties no longer represent the people, Quero Prévias aims to close the divide between society at large and the political elite. Through empowering diverse voices and supporting democracy, human and civil rights, and equality, members hope to reform politics and cultivate dialogue around the country. Members argue that this bottom-up approach to consolidating Brazil’s democracy will help dismantle the structures propping up the elite that have dominated politics for so long.

In 2018, Quero Prévias was unable to accomplish its goal and primaries were not held in this year’s general elections.

For more information about Quero Prévias: 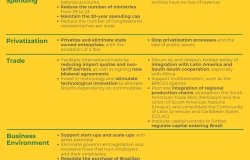