Alessandra Monteiro is 32 years old and was born in Mogi das Cruzes, São Paulo. She has a degree in Business Administration and a graduate degree in Political Science. With a specialty in City Management, she also participated in the Integrity and Values in Government Programme at the University of Oxford. Through public leadership programs designed by the Lemann Foundation and RAPS (Network of Political Action for Sustainability), she has prepared herself to lead a movement of renewal in Brazilian politics. Alessandra is also a leader of RenovaBR, one of the most innovative initiatives of the acceleration and preparation of new political leaders, and a participant of Movimento Acredito. For the last six years, she has participated in the organization, 27 Million Brasil, putting herself on the frontlines of the fight against human trafficking.

What motivated you to enter politics?

I come from a regular Brazilian family, where politics was never a topic [discussed] between us. I remember when I was four years old, my mom would wrap my feet with plastic bags to take me to preschool because the place where we lived still had dirt roads and she didn’t want me to arrive at school with my feet dirty.

One day when I was twenty, already studying business administration and living in a different neighborhood, I was waiting to take the bus to work. It was pouring rain, and the bus stop did not have a roof. I noticed that my feet were wet, and I started to feel very angry because it was raining and the bus was late. At that moment, I remembered the episode years before when my mom needed to protect my feet so I could get to school.

I boarded the bus that day thinking: whose concern should it be if a bus stop lacks a roof to protect it? I didn’t know if it should be the mayor or a council member, or if it was the mayor’s secretary that worked on public transportation, urban mobility, and general risks. From that point on, I started thinking more deeply about how public power [government], when it does not create quality public policy, [negatively] impacts the quality of my life.

Since that experience in mid-2010, I helped organize the campaign of a city council member in my city, Mogi das Cruzes in 2012 together with a group of friends. We saw that we could participate [in politics] because we elected a city council member in our city. I then became a candidate for state deputy in the following elections, in 2014. I got a little more than 6,120 votes.

What has been your role in Movimento Acredito?

My generation has already noticed that politics is a relevant part of the system that organizes society. Even if we escape to our universities, and build a career in the private sector, the situation in Brazil is desperate. The political instability shows us that there is space for work, which is calling people who truly want to serve politics. It is within this space that renewal movements start to emerge and develop in Brazil, such as Movimento Acredito, which is a movement led by young people in fourteen Brazilian states. I am a part of the leadership of Acredito in the state of São Paulo.

We believe in a basic premise, which is to teach and share the tools to organize with others so that they can discover and participate in politics based on their own priorities. Today, we have more than 2,000 volunteers registered in fourteen Brazilian states.

Here in São Paulo, I coordinate the participation of new leadership in the movement. I look for youth leaders in schools and social organizations who want to participate in politics but do not connect with the traditional party system. We create spaces to connect and plan, where we can discuss an agenda that we believe in for Brazil. We have a theme each month and meet with young people in public spaces, such as plazas, or at organizations where we give talks. We will incorporate content from this conversation into our constitution, which we call the agenda for Acredito in 2018. Our theme in January was entrepreneurship; in February and March, we discussed education policies; and in April, we will start with public security. Therefore, it is about discussing politics from the perspective of these normal young people and constructing an agenda as a movement to support new candidacies.

You said in your TedX that since 1988, no election has ever had the same rules as the one before, that politics is a game that you learn by playing. What did you learn during your first campaign for São Paulo state deputy in 2014?

My takeaway from 2014 is based on the saying that “politics is a game”: even if you choose not to play, you are playing. It is a game of omission. It is the game of the blank ballot or null vote, which is a growing vote in Brazil. Look at what happened in the election of [São Paulo Mayor] João Doria in 2016, where the number of blank and null votes in the capital of São Paulo would have been enough to cause a run-off election. A lot has been said about Doria’s first political victory, in the first round; how it is historic in a city like São Paulo. However, little has been said about the absence of the Paulista electorate in this process. What quality of politics are we creating if we see a growing number of blank and null votes, which means people are abstaining from the electoral process? [Editor’s note: João Doria, a former businessman and reality TV star, won election as mayor of São Paulo in the first round of voting in 2016, with 3,085,187 votes (53 percent of the votes cast). However, his vote count was slightly less than the 3,096,304 blank or null ballots and absentees—a record 38.5 percent of the electorate].

I also learned during my campaign that there exist two victories to be achieved in the space of politics. One of them is the electoral victory, which is when you obtain a sufficient number of votes to win the mandate and you are elected. The second is the political victory, independent of the electoral result when you share a message through a campaign, and you inspire people who never participated in politics or were never even interested in politics [and encourage them] to participate. That is a victory regardless of the vote count: it is a victory of transformation, which you have the opportunity to bring about in society during an electoral campaign.

I learned that politics is a game of positioning and courage. You cannot withdraw from the process, because the price you will pay is lived daily: it is the transportation policy that impacted my life when I used to think that politics was not something I should worry about.

What do you suggest political movements should look for when considering collaboration with political parties?

I believe that the first step for the renewal movements is to distance themselves from parties on the extremes. Historically, these parties have demonstrated that they play the game in order to maintain the same names. They have not indicated a willingness to serve the public, and open space for new leadership to emerge.

The second point is to find a party where you feel comfortable with their principles and values, regardless of where they sit on the left-right political spectrum, and a party that is not entangled in Operation Lava Jato or implicated in other investigations against corruption.

Could you give examples of which values you share with Rede?

For me, it is very important to think about an economic development agenda, but a responsible one. Not only a social responsibility but also an environmental responsibility. To have these values, and to discuss politics from this perspective, is very important to me. We have seen that focusing solely on economic development, and disregarding the same scale in social politics, has kept us at the levels of inequality that we still have in Brazil. I believe that another value is a party that defends the equality of opportunities: a party that believes [access to] education should be equal for everyone, that there is quality education available for the children of the rich and the children of the poor. And similarly, a party that values equality for public security and for health, which are the policies most demanded when talking to people on the street and listening to regular citizens.

Could you tell us about Renova Brazil and how you have participated in this organization?

Renova Brasil is not a movement. Renova Brasil, within this ecosystem of political renewal, is an organization that promotes the development of new leaders who want to run for public office. We are in a moment of renewal initiatives in Brazil, and an organization like Renova is complementary to this drive by organized civil society. All the content and technology that they have shared with recipients [chosen to participate in the RenovaBr training program] makes us better prepared to make decisions and participate in the electoral process in Brazil.

Renova Brasil is a hybrid structure. Quarterly, we have on-site meetings in São Paulo and we also have content for distance learning, where we respond to exams, create material and have online classes. Now, we want to build a conversation with Brazilian society in the 27 states where we have recipients, to create a space where society can understand what Renova is doing and how Renova functions through the stories of the recipients in each state.

What do you hope for the future of Brazil?

What I most hope for is that Brazilian society is better positioned to participate in choosing their representatives in the upcoming elections. I hope that citizens do not choose blank or null votes, but that they dedicate themselves, researching their candidates and voting intentionally for the people who could best represent their dreams for the country. 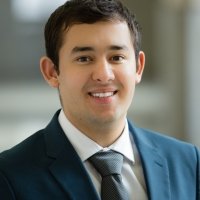 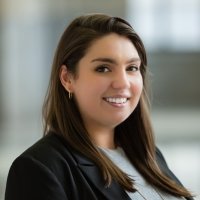